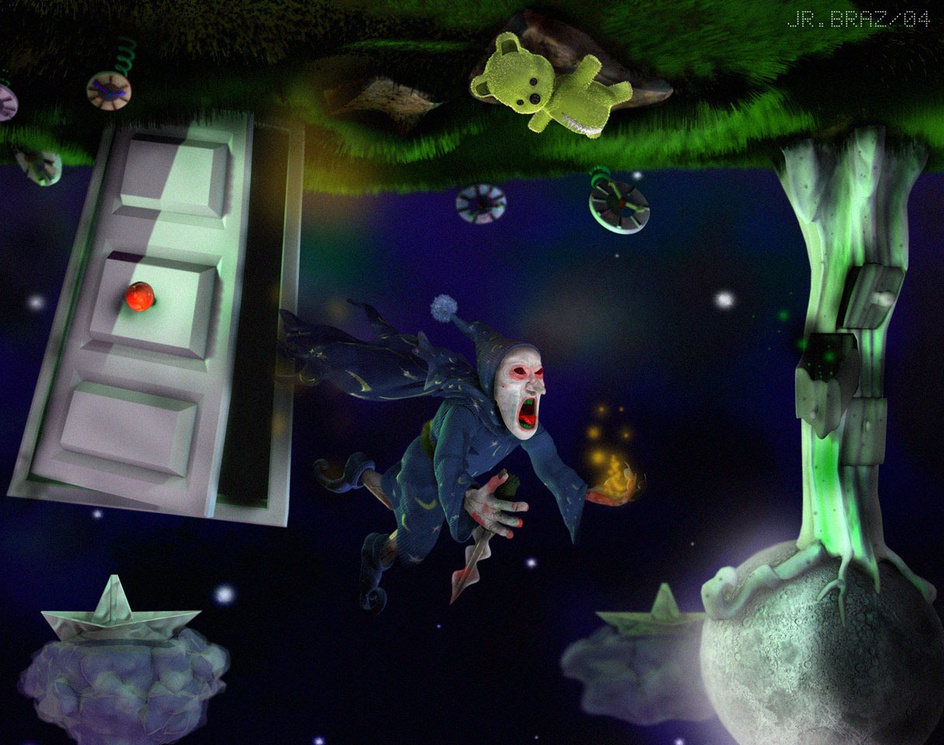 Nobody knows his name or orign. Some civilizations say he exist before our world, since a time where the dreams was the reality. With the arrive of a New God, more powerful than Sonhus, like he was been named, lost his world, that was transformed in the reality that we actualy know. In his world was created the Planet Earth, and the First Man, Adan. Furios with this change, Sonhus try to kill Adan, the first man, in a moment Adan was sleeping. When Sonhus touch with his blade the neck of Adan, the new God lock him in a eternal prision in the Human Inconcient. From where appear for us in ours nightmares, always trying to revenge, and escape trought the doors of ours souls.