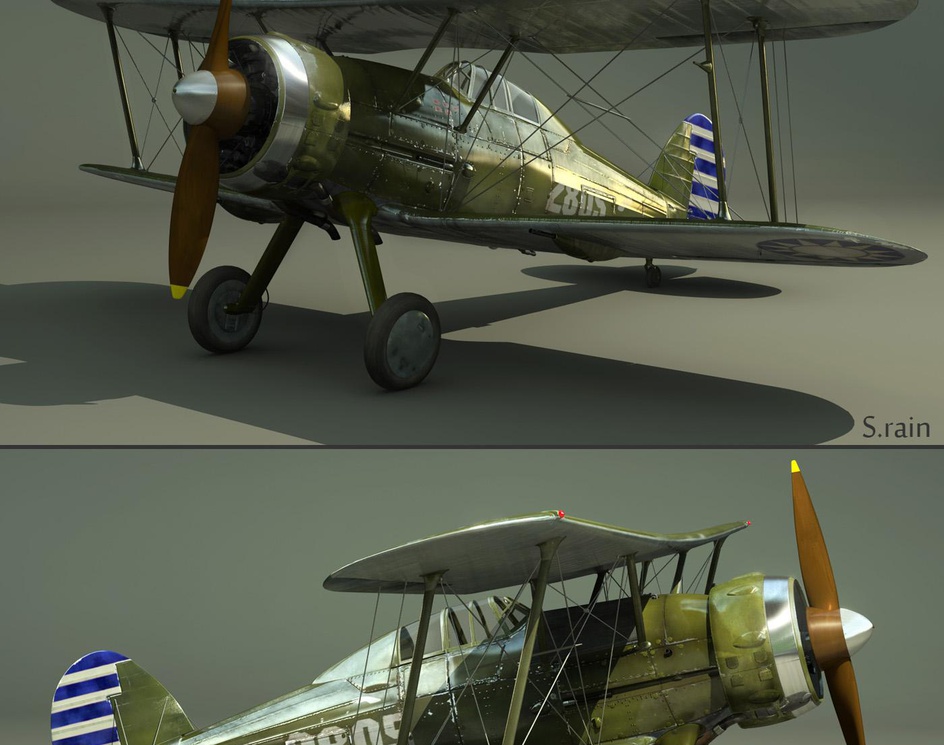 I did this model in 2005. It was a British-builtbiplane fighter ,and CAF used it during the Second World War. I used to use final Render ,but I use mental ray now. So I try to use mental ray to render the model. In October 1937, the Chinese Central Government ordered 36 Gladiator Is, which were delivered in two crated batches to Guangzhou via Hong Kong . By February 1938 these aircraft had been assembled, and the Chinese pilots familiarized with them. The Gloster Gladiator had its combat début on 24 February 1938, when Chinese Gladiators downed two Japanese A5M Claude navy fighters in the Nanking area, although also losing two Gladiators. Chinese Gladiators scored several more victories over Japanese aircraft between 1938-1940 during the Second Sino-Japanese War . In China Gladiators were used extensively before the start of 1940 by the 28th, 29th and 32nd Squadrons of the 3rd Group.