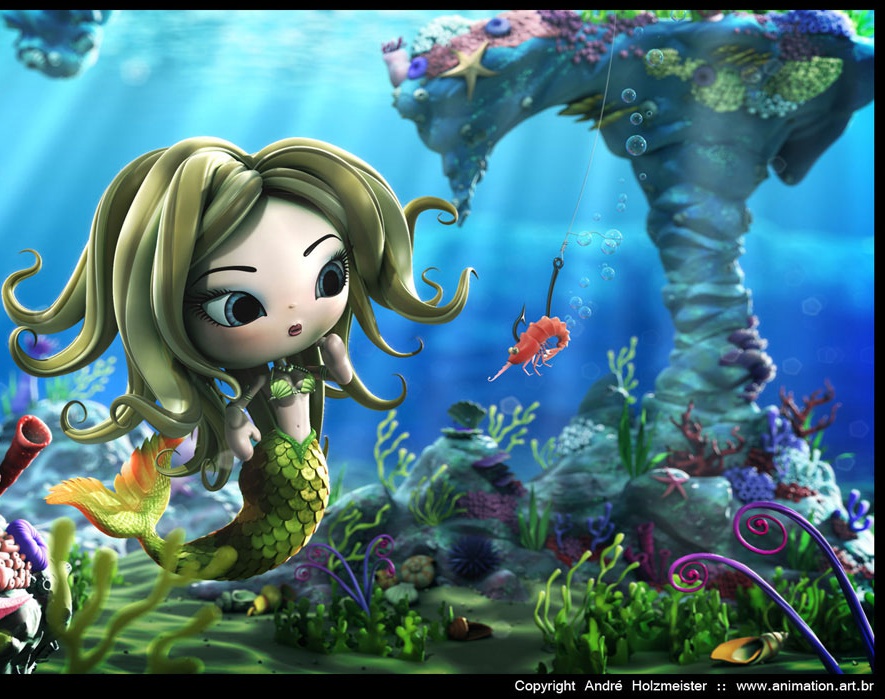 Mermaid was done just for fun, i decided to go on and evolve the spacegirl character into a series of illustrations, just as i did with the kamikazebra, the cow and Dragoon series.

Later on the project i had some cool ideas about making a short movie, i will try to have time this year to acomplish that, but if I am as busy as last year... well, i will try at least ;)

Done in 3dsmax, and rendered in mentalray will lots of sss shaders. below you can take a look at the production images.