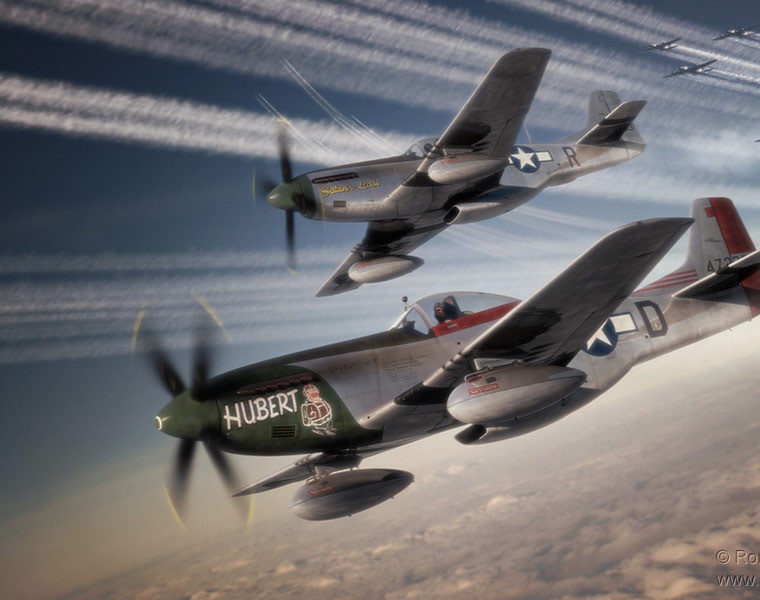 These images were made as a present for two veteran fighter pilots. They flew the P-51D Mustang with the 359th Fighter Group during World War II. The main image shows their aircraft flying in close formation on the first leg of an escort mission into the heart of Germany.

This is the first work I have made for actual wartime veterans and it's been a pleasure doing this. It was made on the request of a friend of these pilots, who presented the prints to them last autumn. The response of the veterans was better than I'd hoped for. Both loved the prints and said they bring back lots of memories (some good; some not so good). The 18x12 prints will get a place in their homes, which is a great honour to me.

Flying with different squadrons, these two pilots never flew together as illustrated in the image. But being friends for over 60 years now, they should have. I dubbed the image Little Friends for obvious reasons.