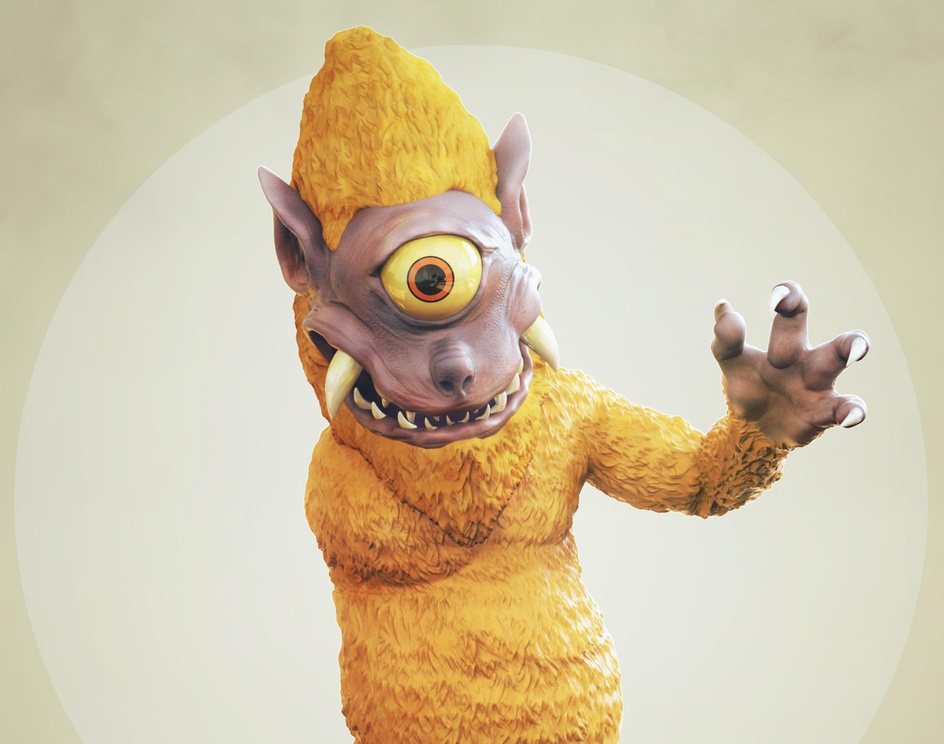 Hiderigami is a grotesque, hairy humanoid which stands between two and three feet tall. It has a single eye on the top of its head. It only has a single arm and a single leg, although it can run as fast as the wind. All hiderigami are female.
Hiderigami are rarely encountered by humans. They live deep in the mountains and only rarely travel out into human-inhabited lands, but when they do their presence can be strongly felt over a wide area. A hiderigami’s body exerts such a strong heat that everywhere it goes the ground dries up, clouds fail to form, and rain cannot fall. Despite the incredible danger that they pose, it is said that throwing a hiderigami into a toilet will kill it.
Hiderigami originated in southern China, and come from a goddess. Their origin is recorded in some of the oldest ancient Chinese records. When the legendary Yellow Emperor of China fought the warlord Chi You, he summon a powerful goddess named Batsu to aid him in battle. Batsu contained an supernatural heat inside of her, and when she released her power, the battle was quickly and decisively won in the emperor’s favor; however, she had used so much of her power up that she was unable to return to Heaven or contain her heat. While Batsu was nearby, the waters all dried up and rain would not fall, and so her presence became a terrible problem for the emperor. Unable to kill her or to send her back to heaven, the emperor exiled the goddess to a far-away mountain and forbade her to return. Whether Batsu became the mother of the hiderigami or became corrupted and transformed into this yokai herself is unknown.