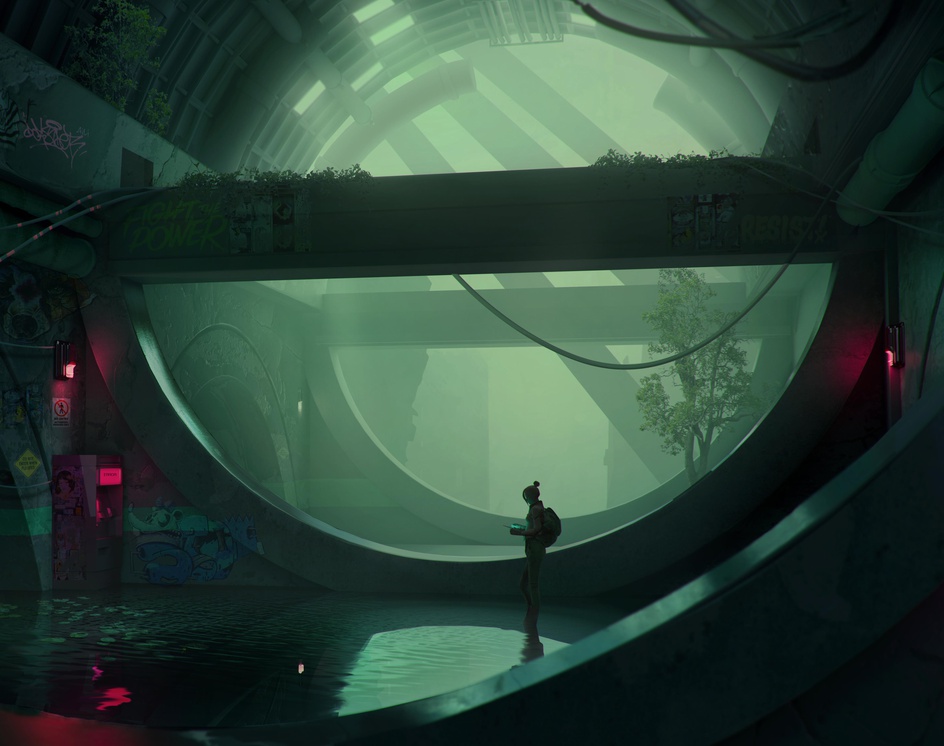 "The sudden encounter and quick chat on the roof were still echoing in my mind when I ran on the streets.
.
“They are already looking for you. Aunt Aliva just got arrested. She sent me to tell you, you need to hurry.”
“How did you find me?”
Aliva just got arrested, I repeated in my head to myself with sadness.
.
“We don’t have time for talking. They are scanning the city now and any moment they can locate you. You need to reach the underground as soon as possible.”
The sirens on the street and the noise of the helicopters now seemed to sound extremely close, but I didn’t want to move my head into any direction. The mask that my visitor wore to protect his identity, didn’t let me to look anywhere else. Unknown symbols were running on it with vibrant colors that reflected the city’s neon lights back. Cold breeze arrived from south, and flock of birds flew away scared from the noises.
.
The closest metro was close to Cytech, and thanks to the note that I got from the visitor, I could easily find it.
.
In the 52nd district, like at other places of the city, the public transportation - especially the underground - has stopped working since eighty years because of the virus. The people eventually became carriers of the virus despite the vaccine, and as they still carried and spread it through the public transportation, authorities realized that and prohibited to use any mass transit. Their method was simple and very straightforward: the very few number of resistants, who still dared to use any of the public vehicles, has been eliminated. On spot.
The metro, during the eighty years of abandonment, has turned to an underground, wildly beautiful world. Gangs of mutants gathered together there, and they lived their miserable life always in dark, and always in fear of the sudden police attacks that randomly were taking place. Since the metro’s underground channels were out of usage for so long, the pipes got damaged and destroyed, and eventually got broken. There was nothing to stop the flood down there, and the water became the main life source of the underground life, as it always has been since the beginning of time."