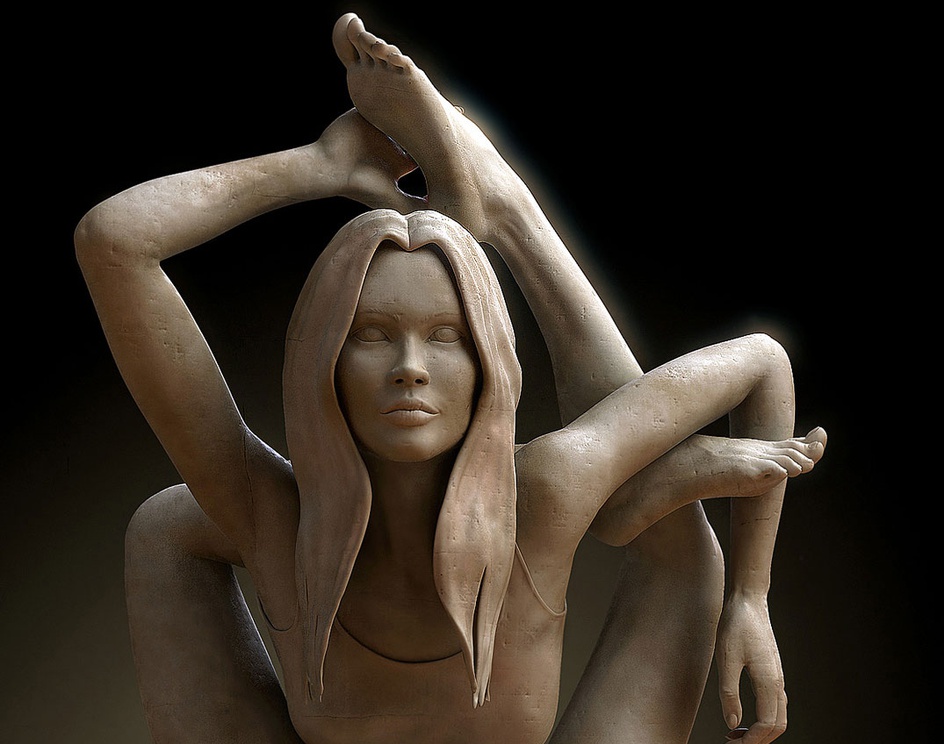 I've seen the real statue by Marc Quinn and I 've said: wow I want to make it in 3d. Finaly today I've finished this project...I've used 3d studio max to model the girl and Mudbox for details(I'm a mudbox betatester). It was a hard work coz it was very difficult to model a girl in this position. So I've modelled in T pose, then I've rigged she with Character Studio and moved sphinx pose. In this way I've remodeled some parts of girl. For the render I've used three passes: 1 Diffuse+ GI,2 SSS(mental ray), 3 occlusion(mental Ray).
For the lighting I've use two light and a Hdri(Uffizi)