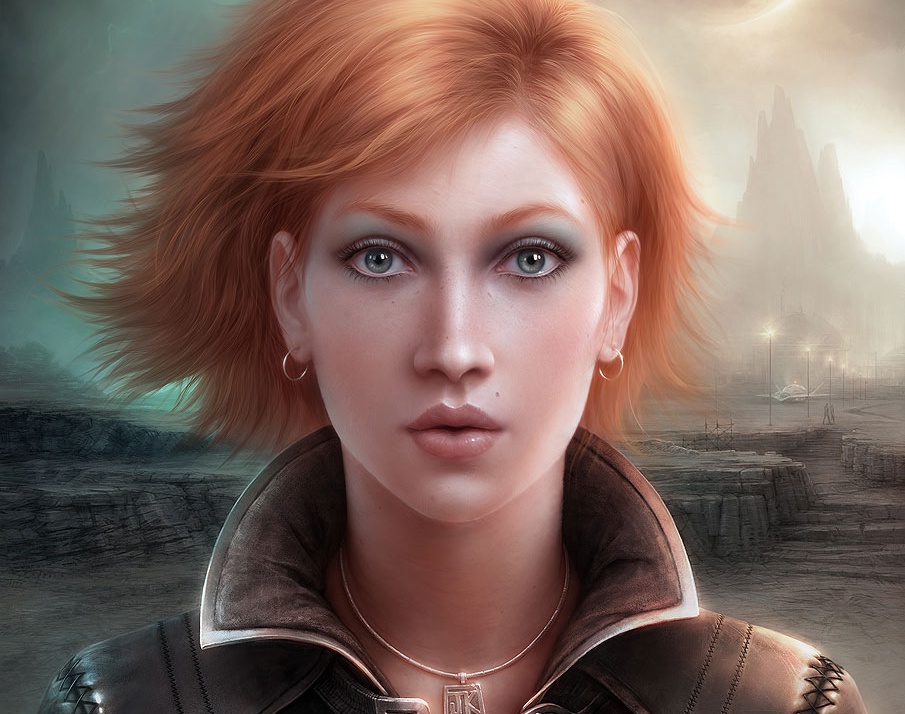 This a Sci-Fi/Fantasy painting I have really enjoyed working on. Her name is Boudicca, and she's inspired by Queen Boudicca of ancient Britain. Queen Boudicca was said to have had flaming red hair, and famously led a revolt against the Romans in 60 AD (roughly). I thought it would be nice to bring her back from the dead and place her in the future. The image was painted from scratch in Photoshop with no reference material.