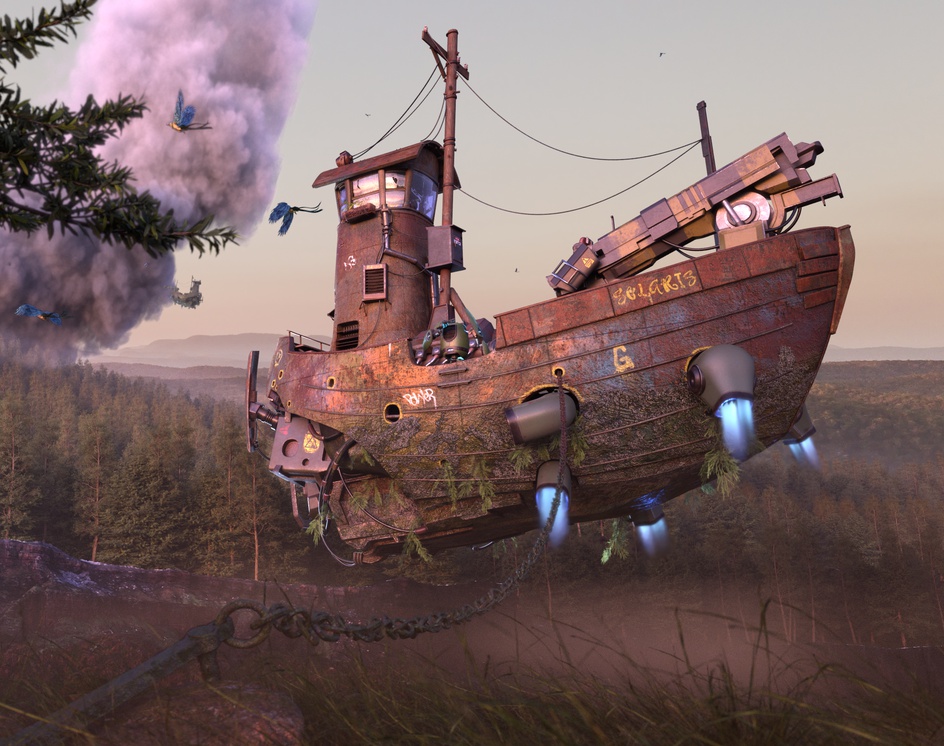 This is my entry for Pixar's Renderman Shipshape Challenge. I am proud to announce that my art received an honorable mention in the challenge.

"In the year 2077 the world we know is not the same. Humanity is no longer in the line of dominance, our recklessness with our planet lead to other races take matters into their own hands. One of them were actually developed by humans themselves, they are called the Lynx. They were established as an automated mining force with an advanced learning CPU.

As soon as the Lynx acquired the knowledge of environmental destruction which could result in their own extinction, along with their creators, they have set a defensive protocol against any kind of action that could degradate their living environment.

Utilizing scrap materials left by the human race, they've built themselves wonder machinery to aid on their new mission, one of those are the Generational Cyber Vessels: flying crafts that were able to monitor the skies and keep a good target on those who go against the new Lynx protocol. In case of disobedience, the Lynx developed a beam weapon capable of destroying all assets used in mining, logging, hunting and other predatory activities.

Captain Skipper is the one responsible for GCV Solaris, he's ready to take his vessel to the skies and protect the ecosytem."