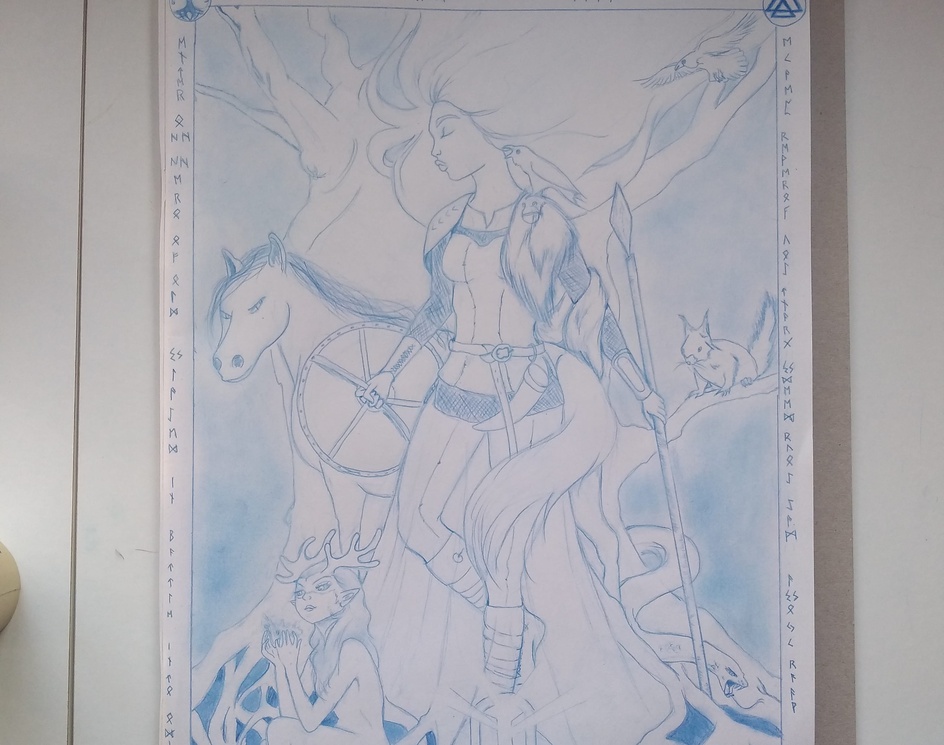 I've always been fascinated with other cultures' mythology and wanted to do my own interpretation of a norse story, known as Valhalla.

Using the Prose Edda, (Norse mythology), I incorporated several elements into my drawing thus creating my own narrative:
Among the roots of the great ash tree, Yggdrasill, lays the entrance to Valhalla. Eikþyrnir, the stag, provides many bodies of water from which the boats of the great dead heroes come to pass.
The mighty Valkyrie stands tall next to her faithful stead, and in apparent sleep under the watchful eyes of Odin's crows, using her spear to stop Níðhöggr from attacking the tree's roots. Ratatoskr, the squirrel, is preparing himself to deliver the message of the heroes arrival.

My inscription, based in norse runes reads:

Enter oh Hero of old,
Slayed in battle into Odin's rule
Where Judgment will be
Bestowed upon you
By the mighty Valkyrie
May your deeds grant you
Forever peace
In the kingdom of Valhalla