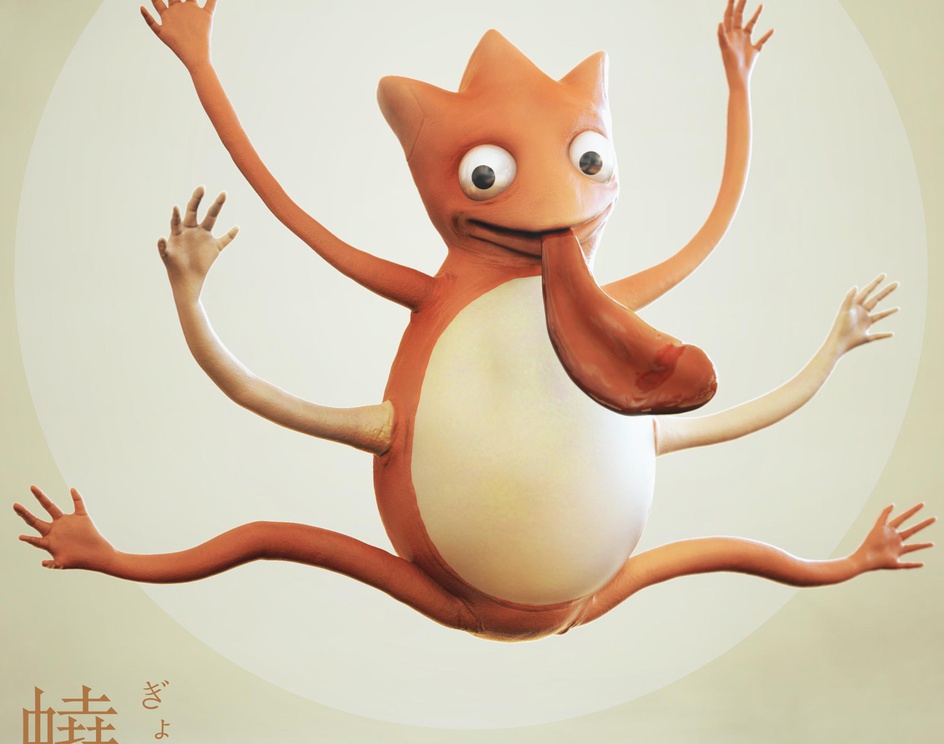 
Gyōchū are infectious yokai with six arms and long red tongues. They are extremely fond of chatting and gossiping.
They live and reproduce in the sex organs, making them a sexually transmitted yōkai. Gyōchū reproduce in the sex organs on Kōshin night, a holy night which occurs every sixty days in the esoteric Kōshin religion.
Gyōchū leave their hosts on these nights and visit Enma Daiō, the king of hell and judge of the damned.
They tattle on their hosts, telling all of their dreams, desires, and sins to Enma, who will inflict his divine wrath on them accordingly.

There is no treatment for a gyōchū infection. The only way to keep safe from this infection is to avoid any chance of contracting an infection by abstaining from sex on Kōshin night.
Traditionally, Kōshin night is reserved for praying. Believers gather together and refrain from sleeping for the whole night, so faithful practitioners should have no problem avoiding contracting gyōchū.
People who have sex on these holy nights are committing a grave sacrilege, which the gyōchū will report to King Enma.
During the feudal era, terrible diseases (leprosy, for example) were believed to be divine punishments for those who disrespect the gods.