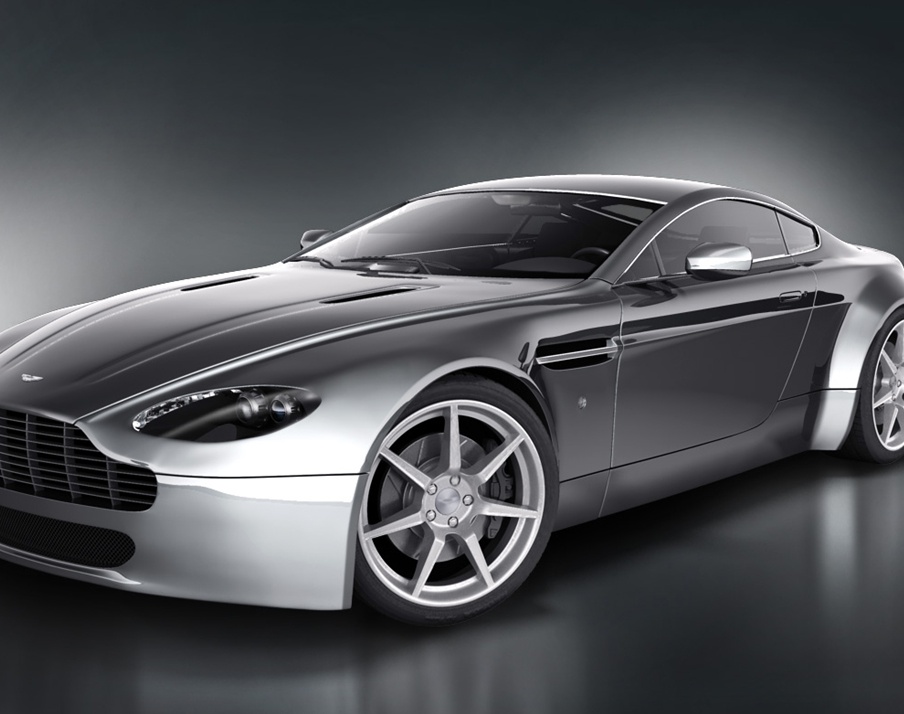 This car started as a school assignment in which we had to model a car of our own choice. The modeling process started as curves which were used to create NURBS patches and then were converted to polygons for detailing. When the class was over, I had something that resembled a car but it was far from looking… complete. Almost 2 years later I decided to open the file again to do some new renders, and I ended up basically re-modeling a bunch of parts, re-texturing and re-rendering everything. You may have noticed that this version of the Vantage V8 is different from the production version. It is more of a hybrid between the concept and production versions, since the blueprints and pictures I was using as reference included both and I didn’t realize I was mixing up details from both versions until I was almost done with the modeling. The studio lighting rendering was inspired by the work from several artists as well as car catalogs and advertisements. It took many revisions before getting to the final result, mostly because I tested many setups which included area lights, light cards, backgrounds with painted lights, etc. In the end, I went for a simple HDRI gradient which I painted in Photoshop and a spotlight which was used basically just to create a shadow underneath the car. I also did some HDRI+backplate renderings which you can check out on my website.