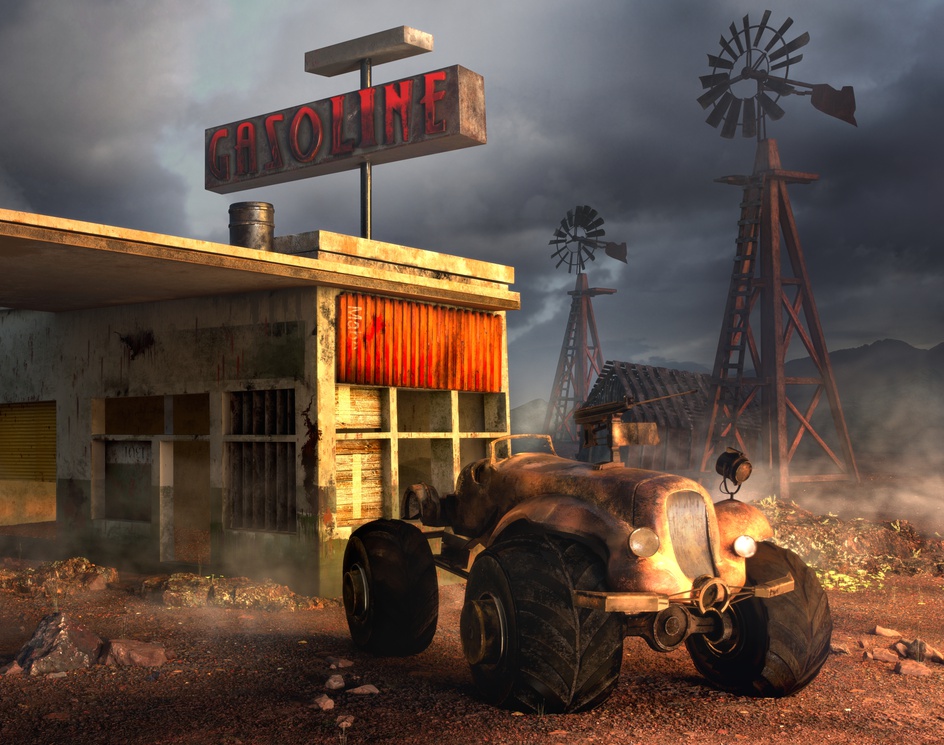 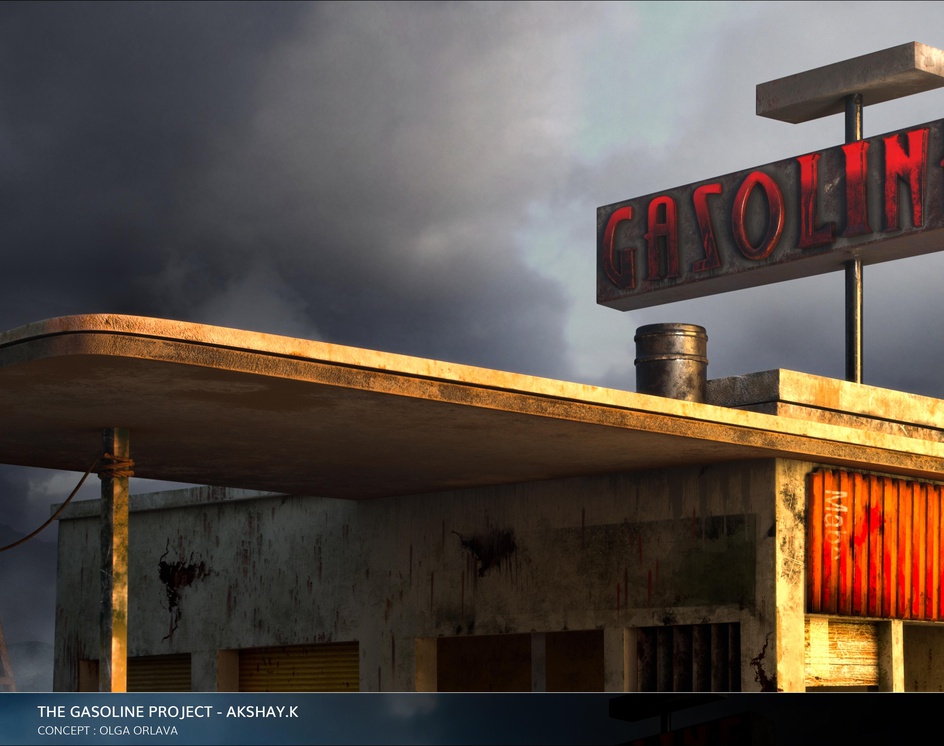 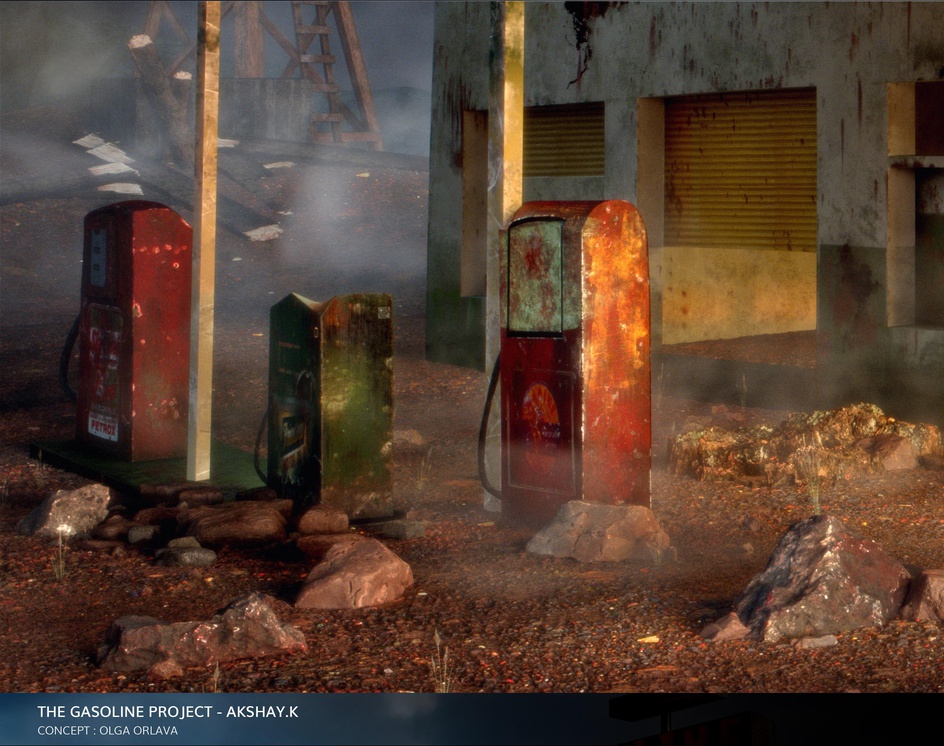 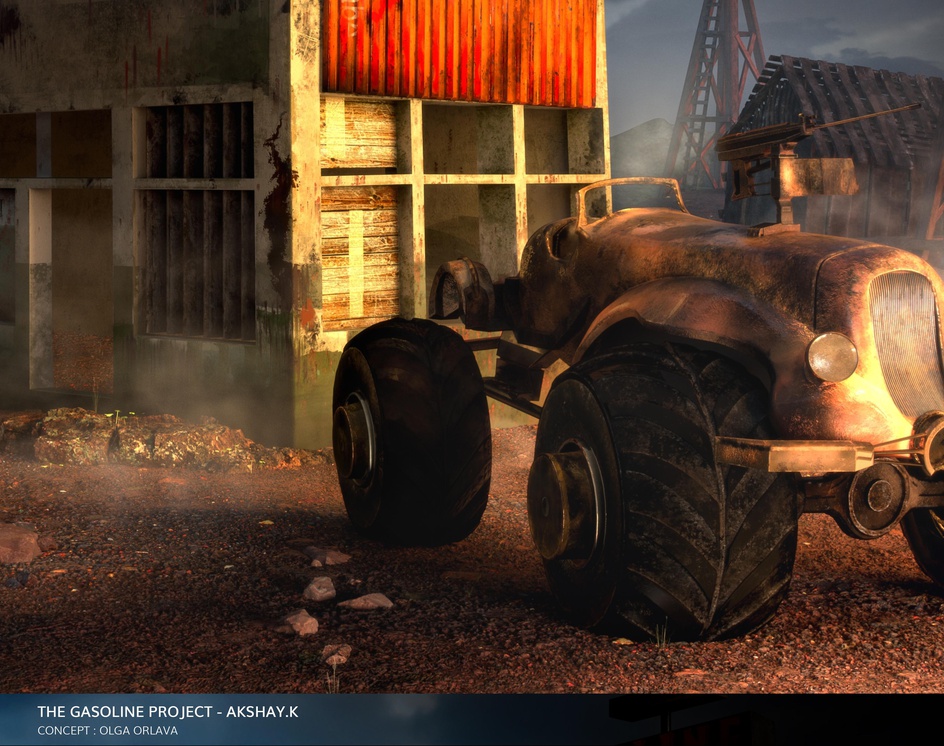 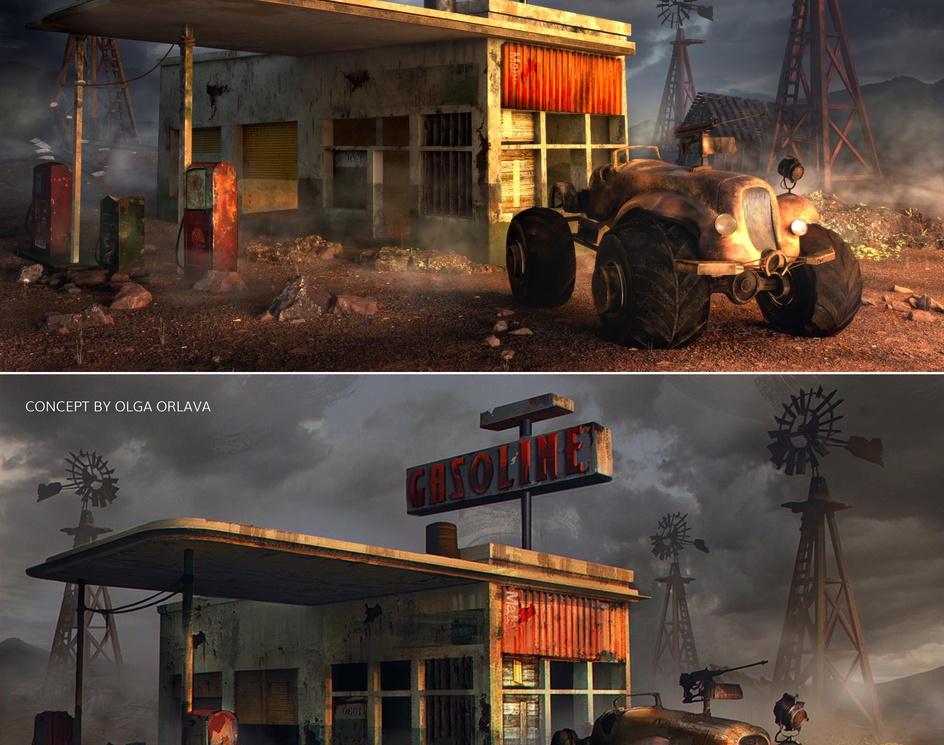 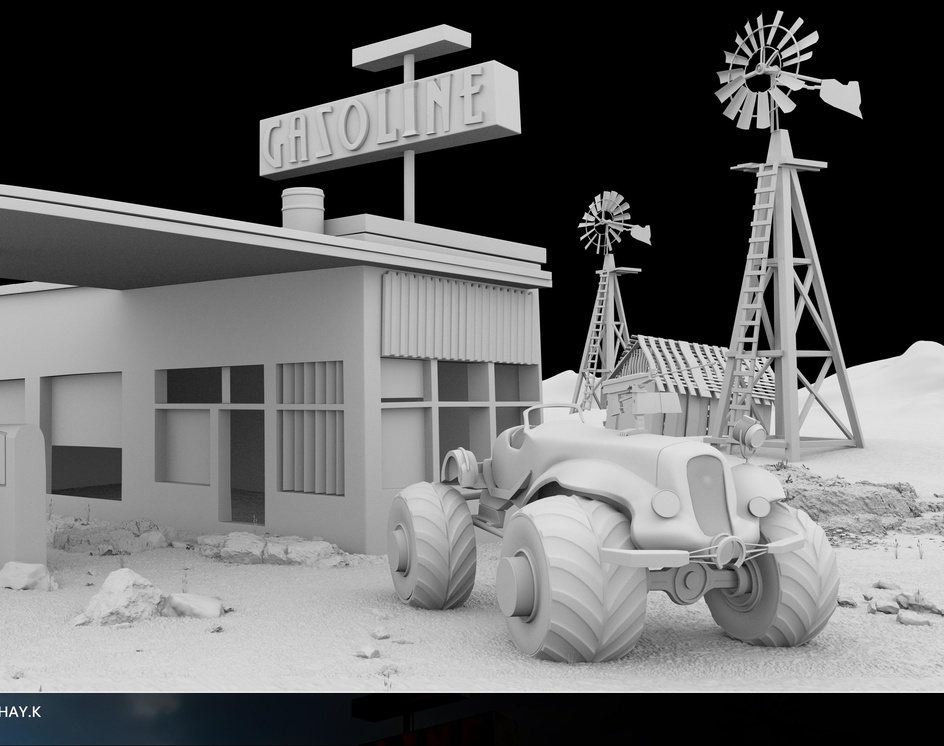 THE GASOLINE (CGI/3D) by Akshay K

2D Concept By Olga Orlava
(https://www.artstation.c...)
The goal of this project was to replicate a 2D concept into a 3D/CGI scene . This project really opened my eyes towards a lot of aspects which I was missing out while working on a 3D project as this was completely done in a 3D/CGI production pipeline starting from modelling & UV unwrapping (MAYA), texturing ( SUBSTANCE PAINTER ), lighting & rendering (MAYA & REDSHIFT RENDER ), Compositing & Post ( NUKE) , HOUDINI for detailed procedural fog volumes. All passes were rendered in 4K res as 32 Bit EXR linear which gave me a lot of freedom while composting the entire shot in Nuke. Used some megascan assets for additional details like Rock/ Stone scattering.