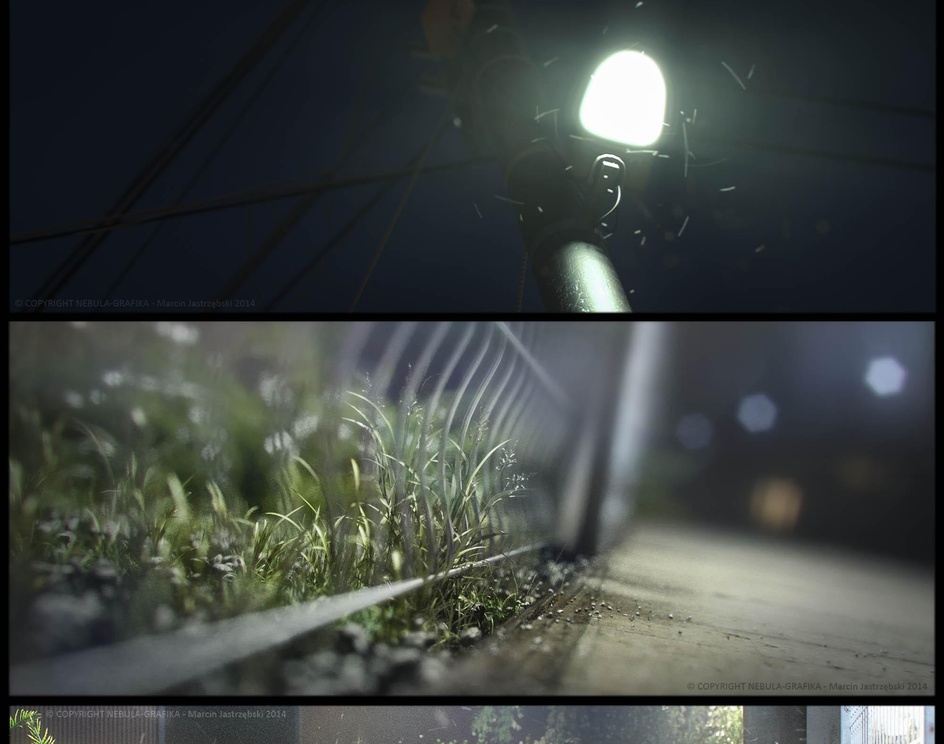 I would like to introduce my recently finished personal project visualization of the House O - Jun Igarashi Architects. I've decided to keep previous assumptions started by Matsubara project [url=http://www.evermotion.org/vbulletin/showthread.php?85901-House-in-Matsubara-exterior-entry]House in Matsubara - Ken?ichi Otani Architects.[/url]. My main goal was again to check entire possibilities a new version of NextLimit Maxwell renderer software. I was trying to achieve realistic mood with simple but interesting for me modern building of the japan architecture. I was playing with light, mood, weather and season. Every details of the whole scenes were created in 3D. I done final touch in 2D like colour corrections, contrast, final colour mood. I worked on that project about three months. All scenes were rendered from one to four PC machines. I know that many effects like steam, fog motion blur falling leaves for example it's simple to make with postproduction but as I said before I wanted to make all of those effects in pure 3d scene. There are a few workflow details below: - most of terrain materials have a displacements ( ground, tarmac, kerbs, pavement ) - every moving objects like flying insects, falling leaves were made as moving objects and rendered with Maxwell object motion blur option. This part of my work was very interesting - diffraction, fog, steam and volumatrics were rendered by Maxwell. Only few little glow effects ( expecially on last image ) I made by maxwell too. - DOF - Maxwell - most models taken from Evermotion, Viz People and CGAxis 3D collections Please watch a short film below which shows few scenes from that project . Thank you for viewing! Best regards Neb https://vimeo.com/100551489