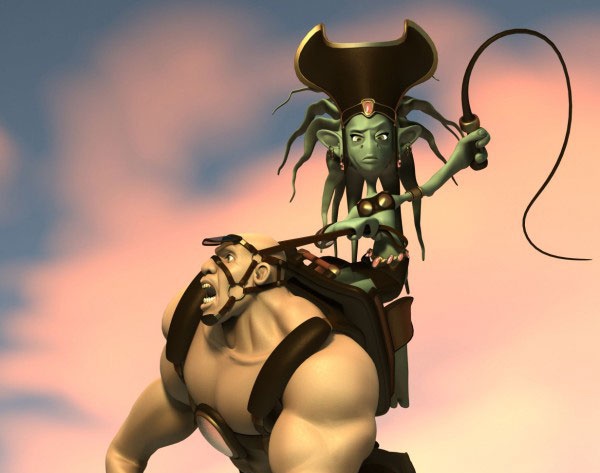 Morning Ride is a 3d image that I created with Lightwave 3D. Subpatch modeling was used for the characters and the Sasquatch tool for the grass. Characters are setup with bones and endomorphs.
Story: Princess Ziana, heir to the thrown of Terra, making her morning survey of her father?s kingdom. She rides the back of her well trained human servant, a rare breed of creature that once inhabited the planet but was driven to near extinction during the Terran conquests. Now only a few humans remain. Raised and trained for Terran royalty, the human species now safely and honorably live their lives in noble servitude