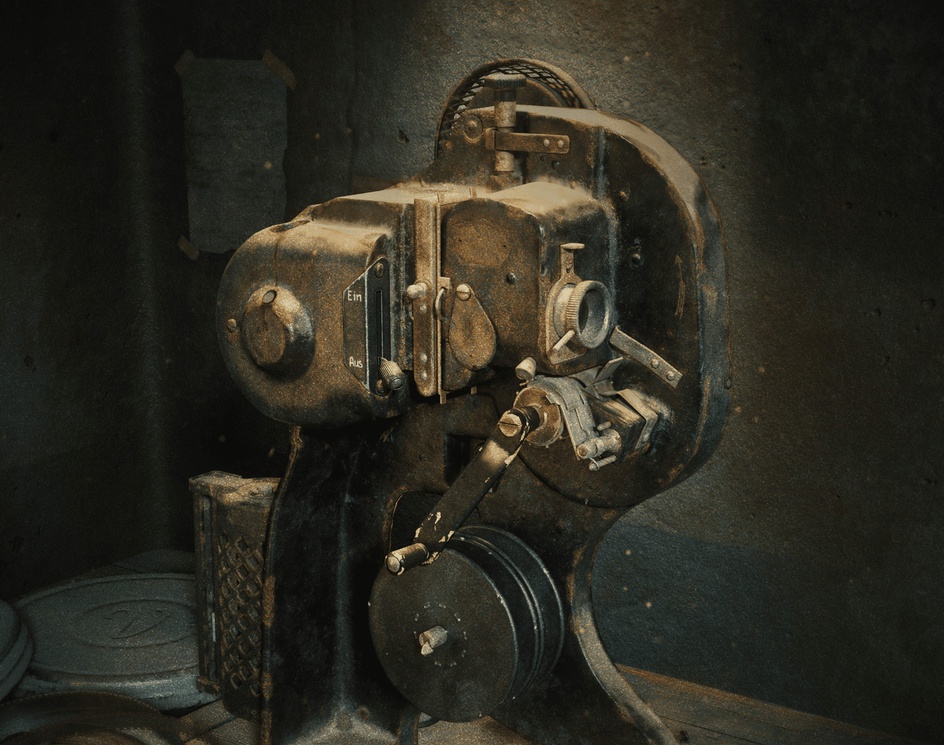 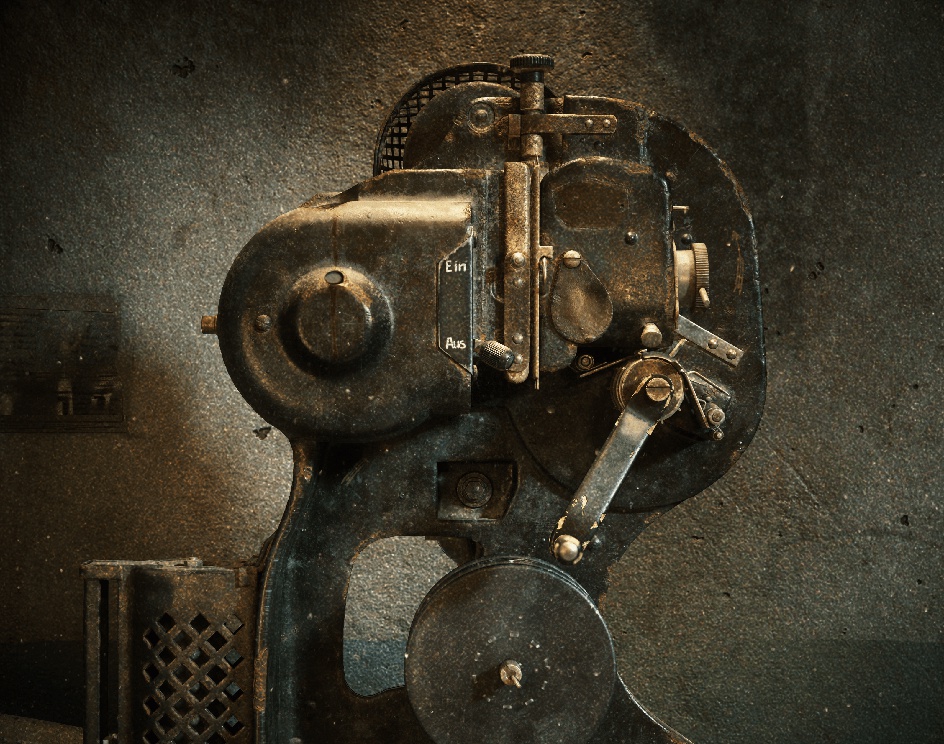 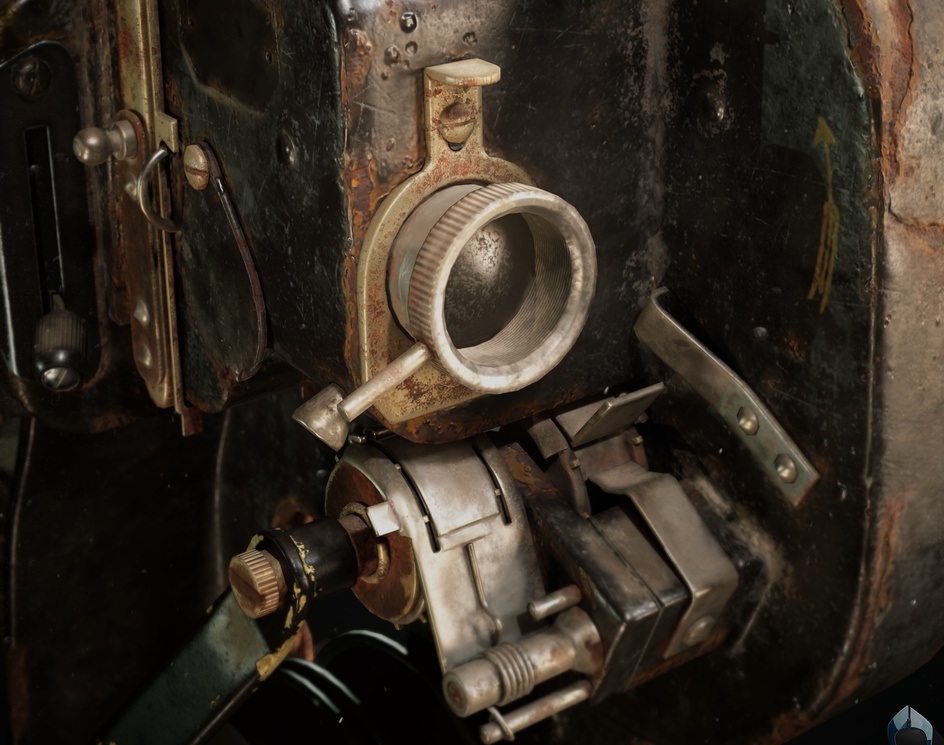 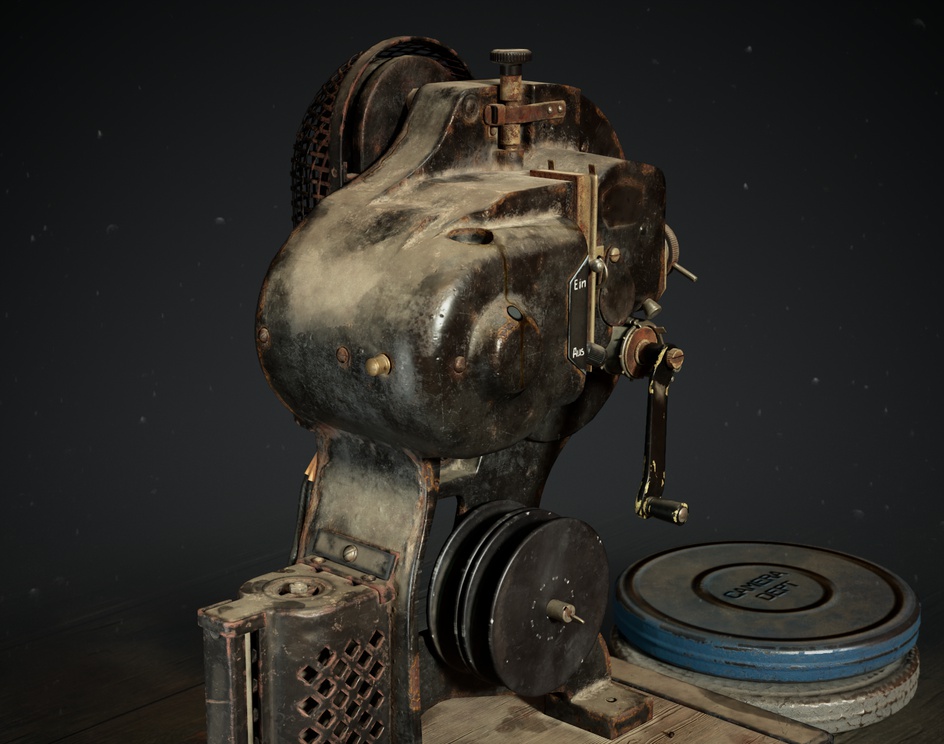 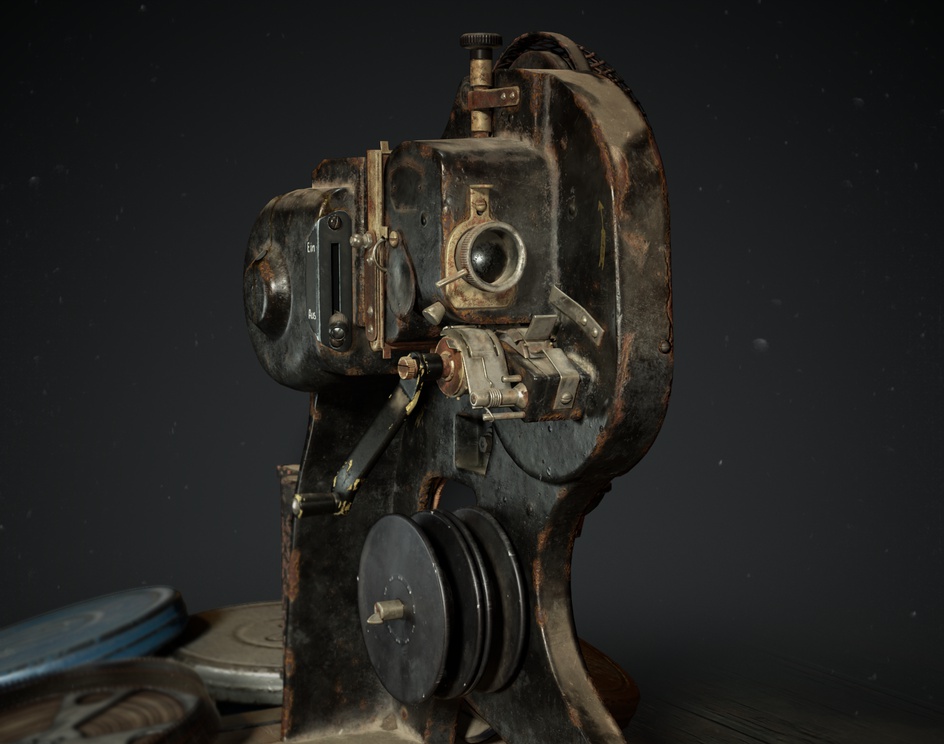 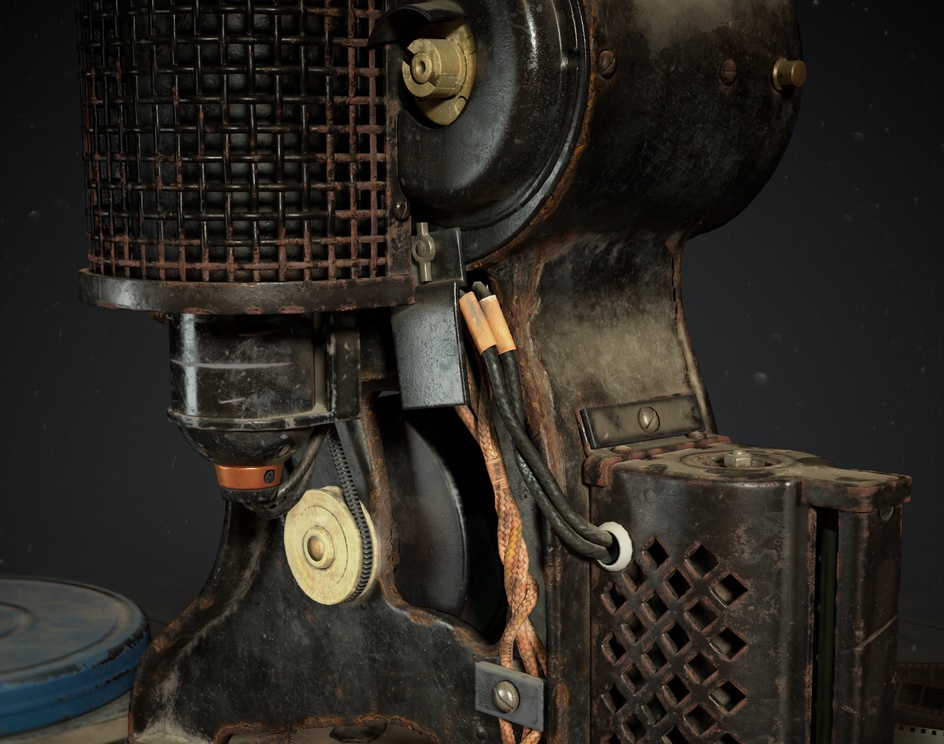 This is a vintage projector I was working on during my free time,
In this work I wanted to showcase my texturing and modeling skills, here I have created the model using various techniques
Which include Maya subdivision modeling, Zbrush polishing, and some extra techniques like micro mesh.

This work is based on an old Zeiss projector that was used in 1930’s
https://www.worthpoint.c...

I got the idea about this entire scene because of some games I used to enjoy like COD WW2 and dishonored. I wanted to create something which may fit in those environments.
I like the time when objects are mostly bulky and metallic, giving them a tough look.

In this asset, I like the feel of paint peeling which happens because of wear and tear it may have to face during the tough world war times.

Also in this project, I wanted to add texture details as much as possible, I am fond of micro details which adds a lot of story like how it may have been used.
how it was kept, I wanted to show it all visually.
Like in this case we could see it has been kept in a storeroom where no one usually pays any attention to this, it's left like this for such a long time that it has lost all its shininess and everything is under a thick layer of dust.