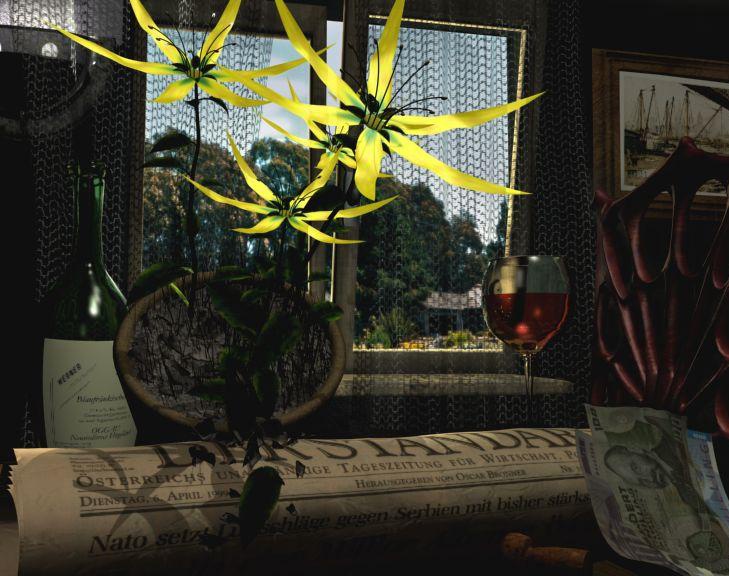 This image was produced over a long period of time.
I started with the flower, and month later made a window scene for it and then combined it with the flower.
I often stopped working on it and started something new but finally I worked further on it... and finished it!

All textures (except some scaned textures) are drawn in Adobe Photoshop. Lightning was a real pain in this scene in the end the lightning didn't get out as I wanted it, but I have quit tuning it because of extreme long rendering times.