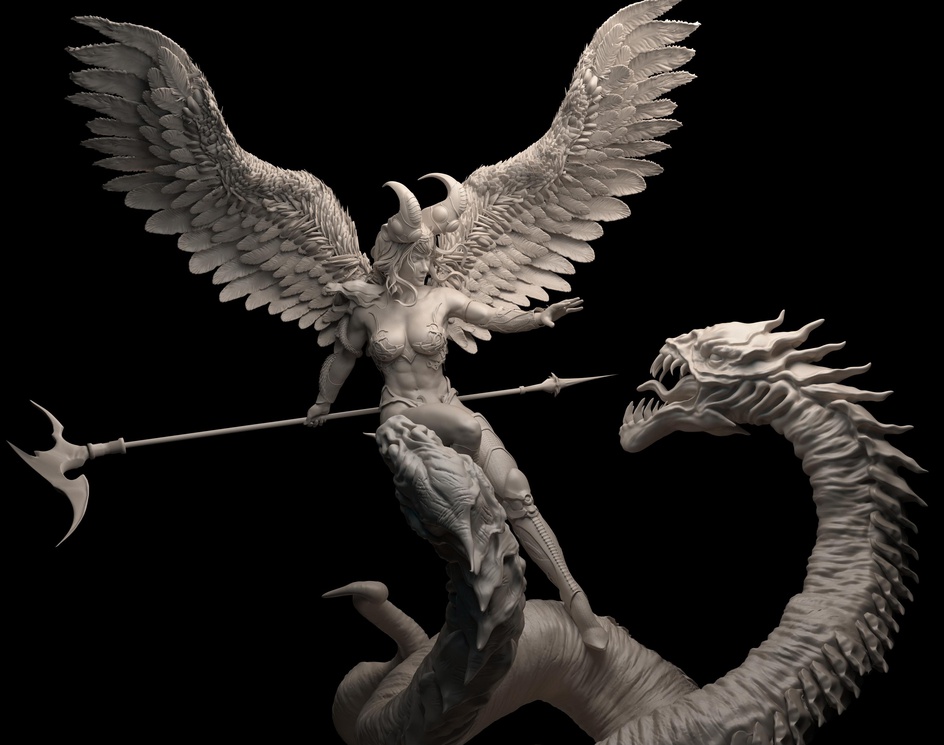 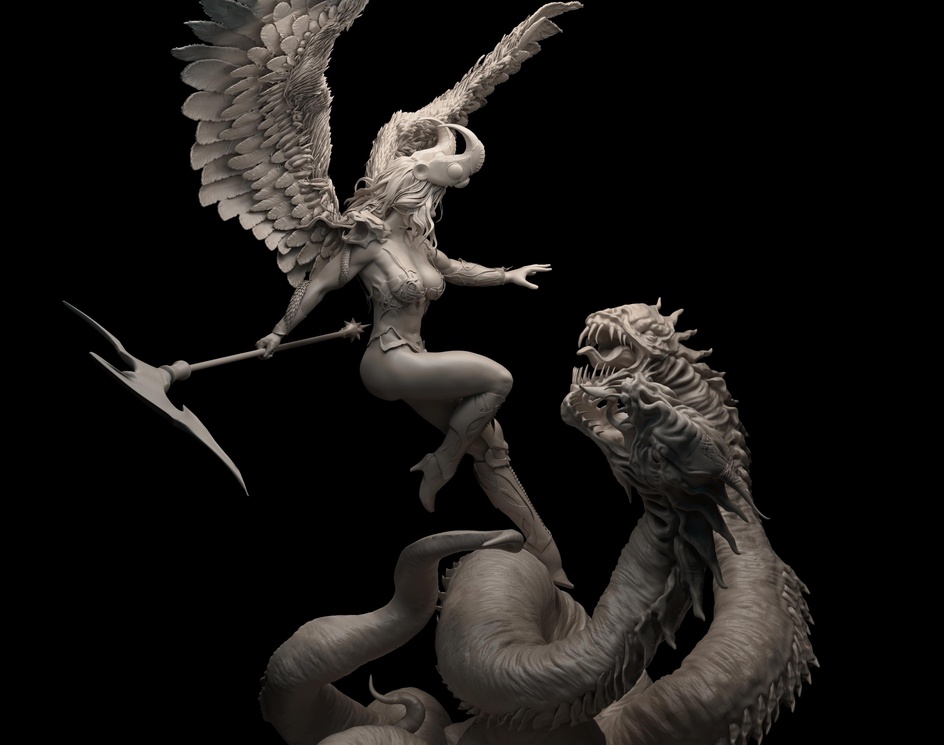 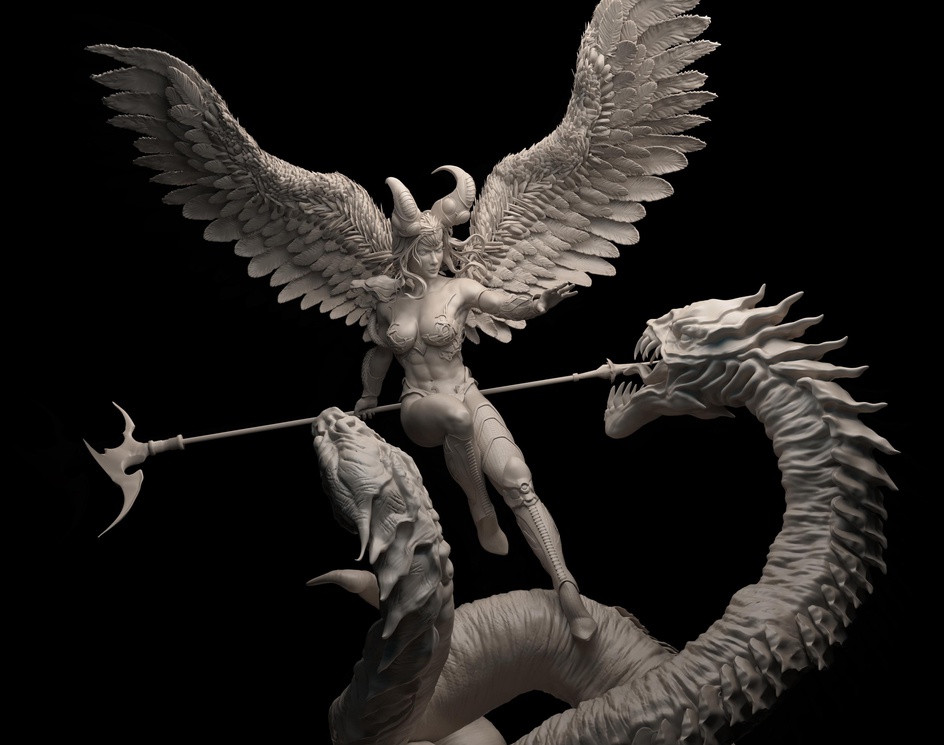 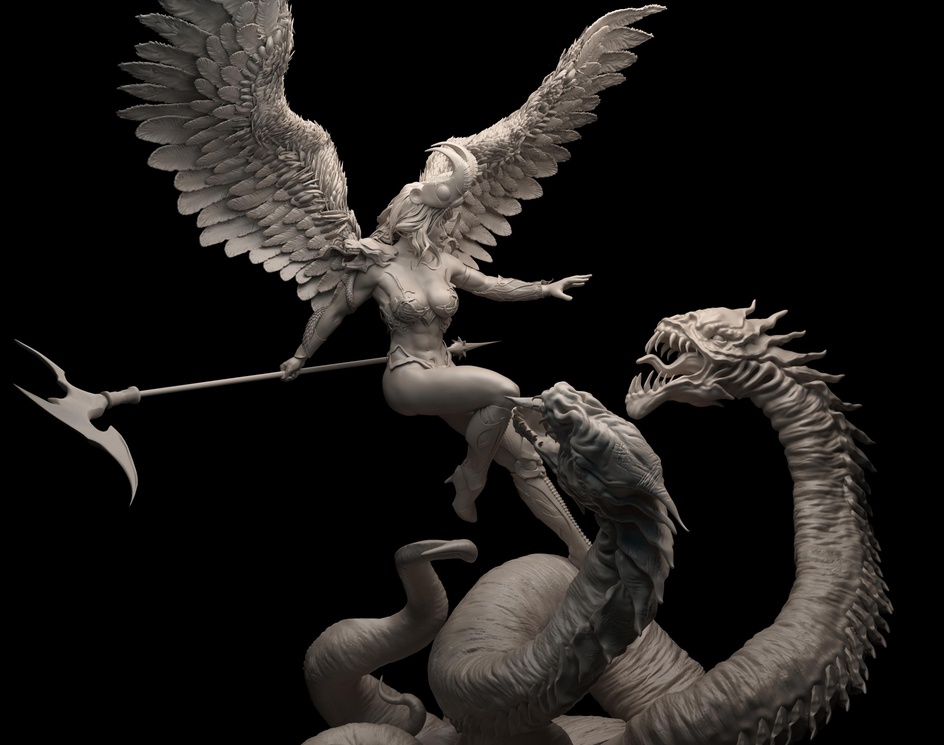 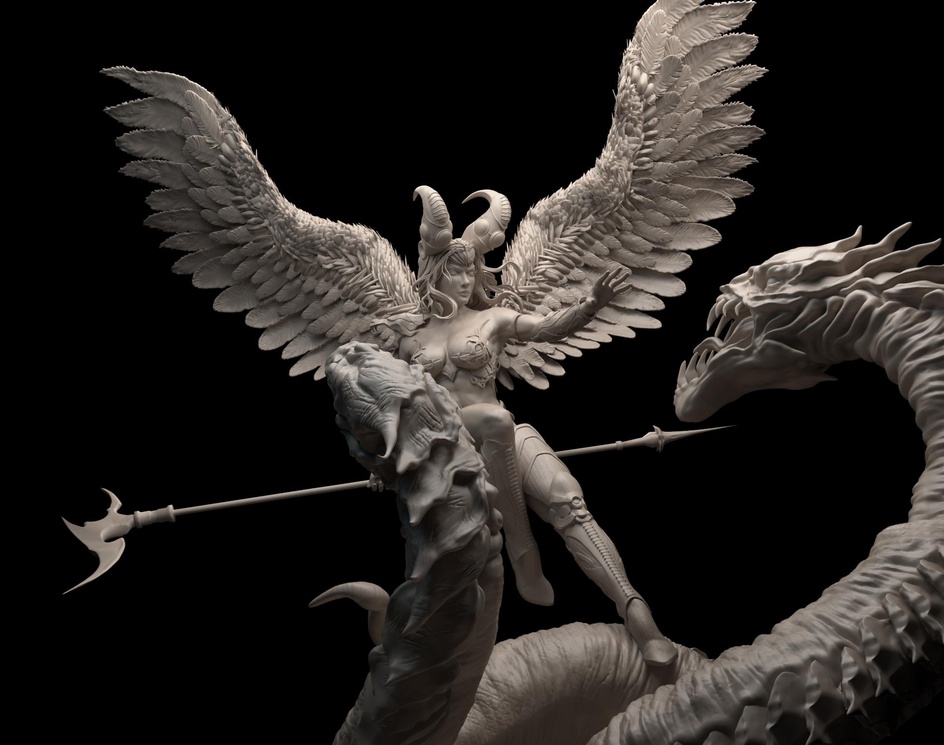 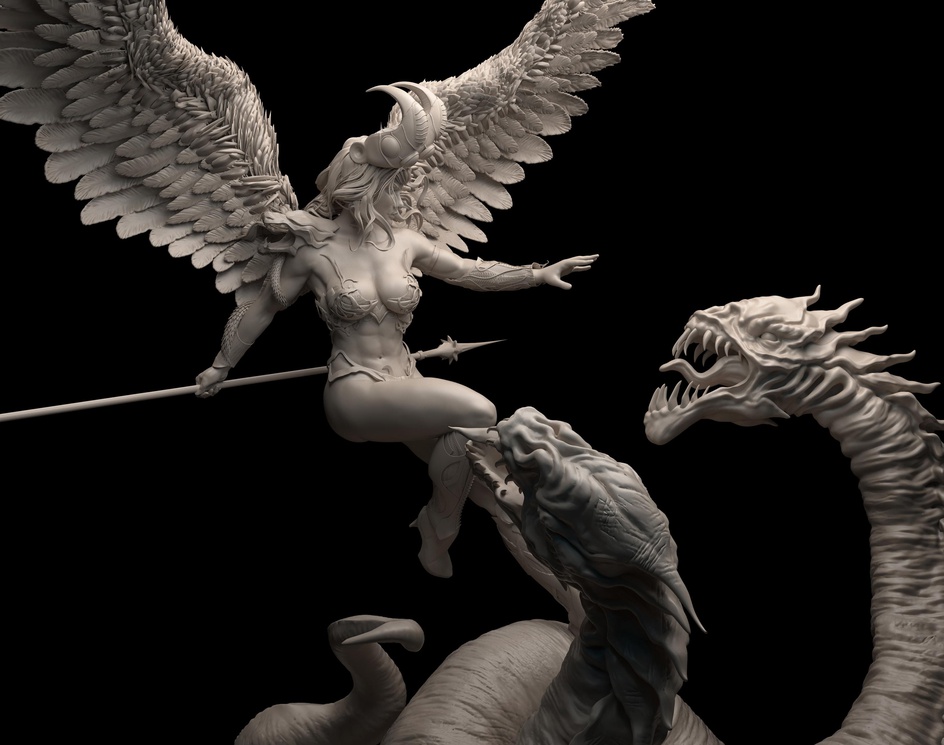 The Angelus is an American comic character featured in publications by Top Cow Productions. Initially appearing in the first lineup of The Darkness in 1997, the Angelus has featured as an antagonist and occasional supporting character in issues of The Darkness and The Witchblade. This is a personal project, I planned to 3d print this one.