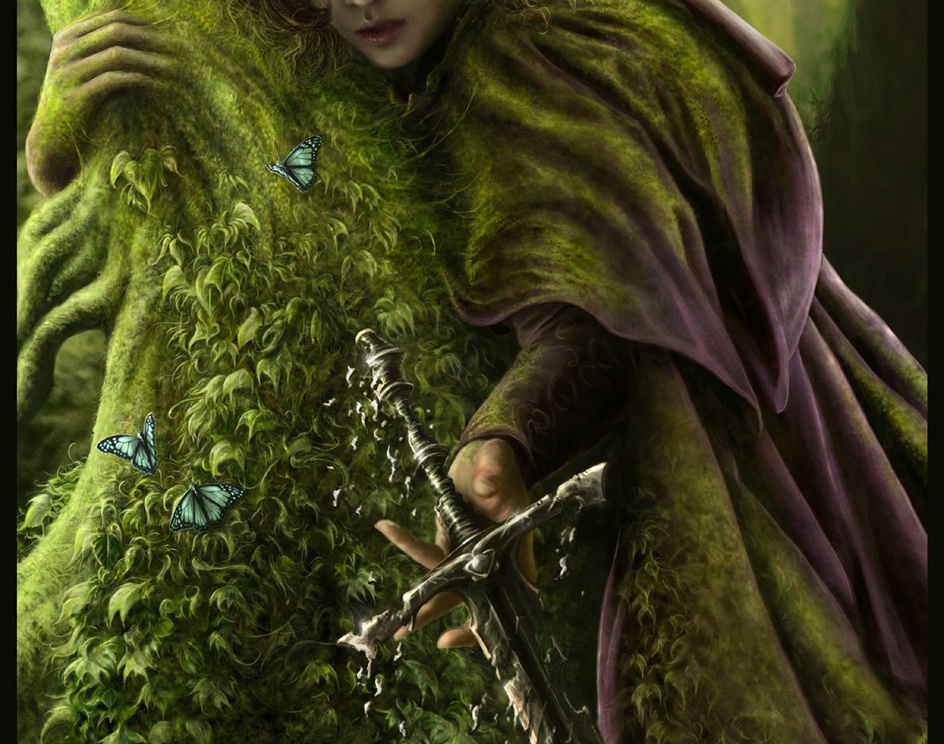 The Forest of Illusions is a dark harbor of legends
and mystery, a black stain on all maps warning
travelers to avoid its clutches. It is an ancient
forest poisoned by grief and hatred, a wild beauty
full of menace and tricks. But---it is said---this was
not always so. Once it was as other forests, tranquil
and content, a haven for weary mortals to whom it
would whisper ancient secrets and sing drowsy songs. There was a nameless boy who would come often to visit, to play in its branches and sleep in its shade and sing with its voice. This boy was murdered during one of the bloodiest battles in recorded history, and the forest withered in loneliness and confusion at the savagery of mortals until it barred itself from men, hid its beauty and sought vengeance on any who bore the taint of violence in their hearts. The Forest of Illusions came to be feared by all, and endured the centuries in miserable isolation.