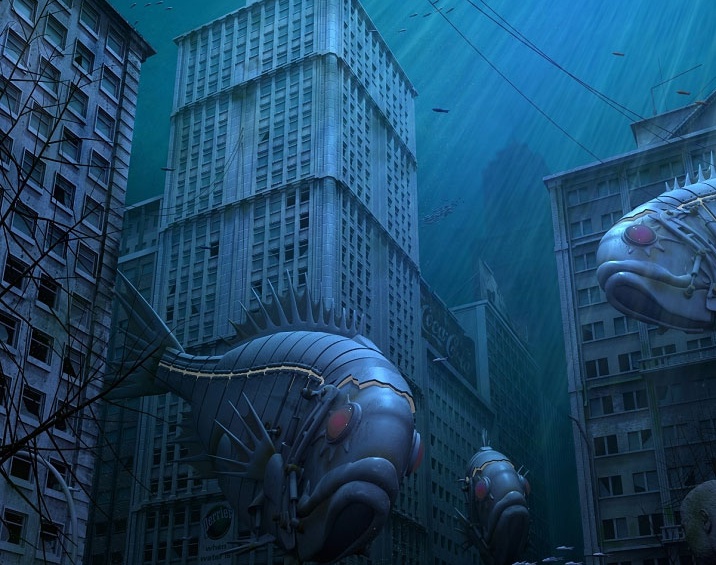 The mechfishies has melted the poles over a period of time slowly flooding the world and gaining world domination, people has moved out of the cities as the water was rising, the buildings has sustained only little damage, but some rioting and looting has taken place. all glass is destroyed from ground level to about 20 meters up from there partly broken. This scene takes place shortly after the flooding, the bubbles are coming from leaking gaspipes in the subway/underground and algee is slowly attaching to surfaces.