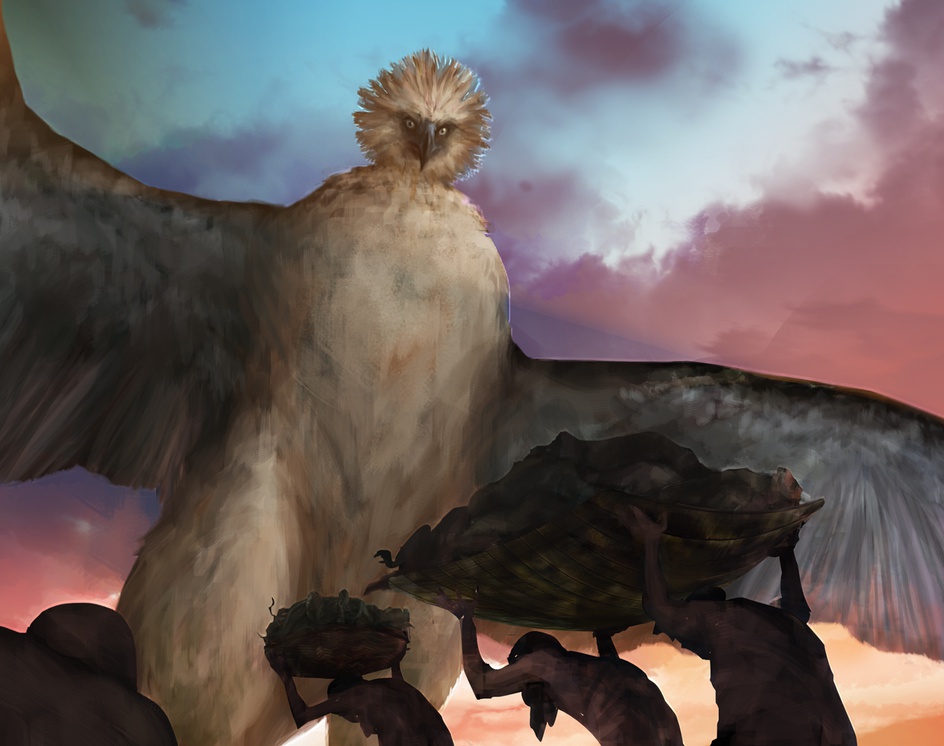 King of the Birds

"King Apo, The greatest and most fearsome of birds, a perfect form of the monkey-eating eagles.
The King has arrived, and they offer him all the snakes, rats, lemurs they could hunt among his most favorite: monkeys.
This was their mere end of the deal, except the hunts are lesser every time. But they must always serve him abundantly each visit, or he will gaze upon his next logical favorite: the great apes."

I love these type of 'what if' challenges -so I thought I'd weigh it on extinction and existentialism, and some irony in it. I chose our national bird, with its built-in crown (hackles); the Philippine Eagle. It's one of the largest's birds around but are now endangered due to logging, poaching, low reproductive rate, to name a few -which are generally opposite to humans. They're also known as Monkey-eating eagles, and that's why I played on the concept of humans rather having to offer monkeys than themselves to the birds.
The birds as the dominant species; they'd retained or even grew larger in size, still adapted to flight, have higher instincts, gained intellect and cognition, even (bird) speech and establishing their own hegemony and hierarchy. I avoided to 'humanize' the bird/s, to distinct themselves proud of their higher nature.
There's things I'd like to tweak on the image, but I only got to make this on the last day. So I had to focus more on the narrative, treated it like a keyframe scene.