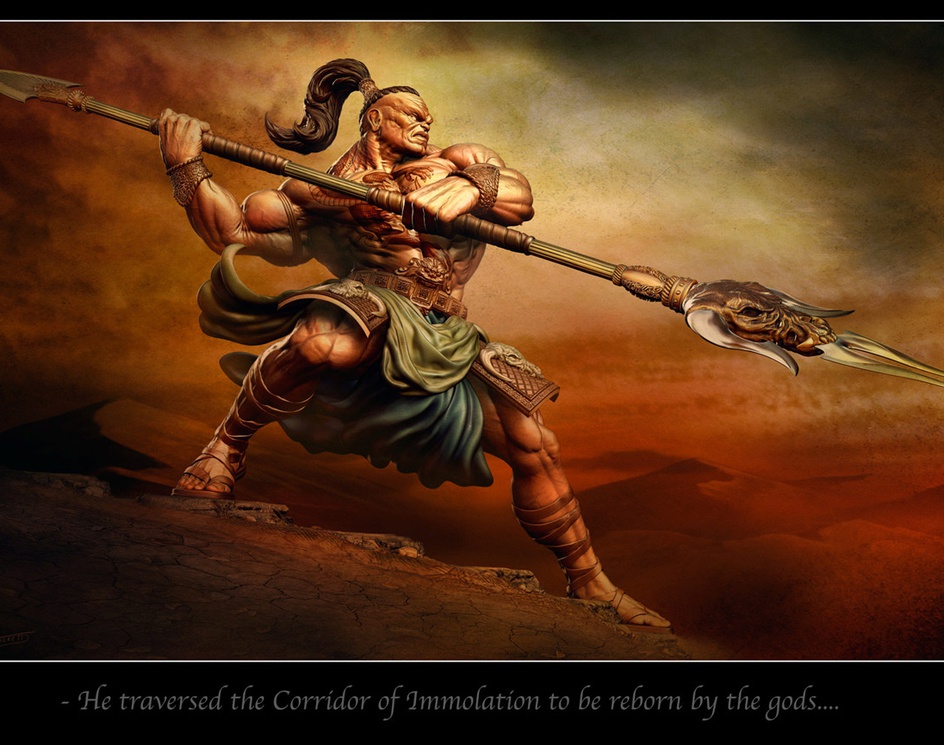 This guy was created for the Pixologic Hero Challenge. In a nutshell, his background is that he's a former UFC fighter who sought inner peace. His path led him to recover an ancient Buddhist artifact which imparted to him the powers of an ancient deity of war and healing. This image was modeled and rendered in ZBrush in several rendering passes, then comped together in Photoshop with some added postwork for color correction and background painting. Color palate was definitely inspired by Brom, Vallejo, and Frazetta.