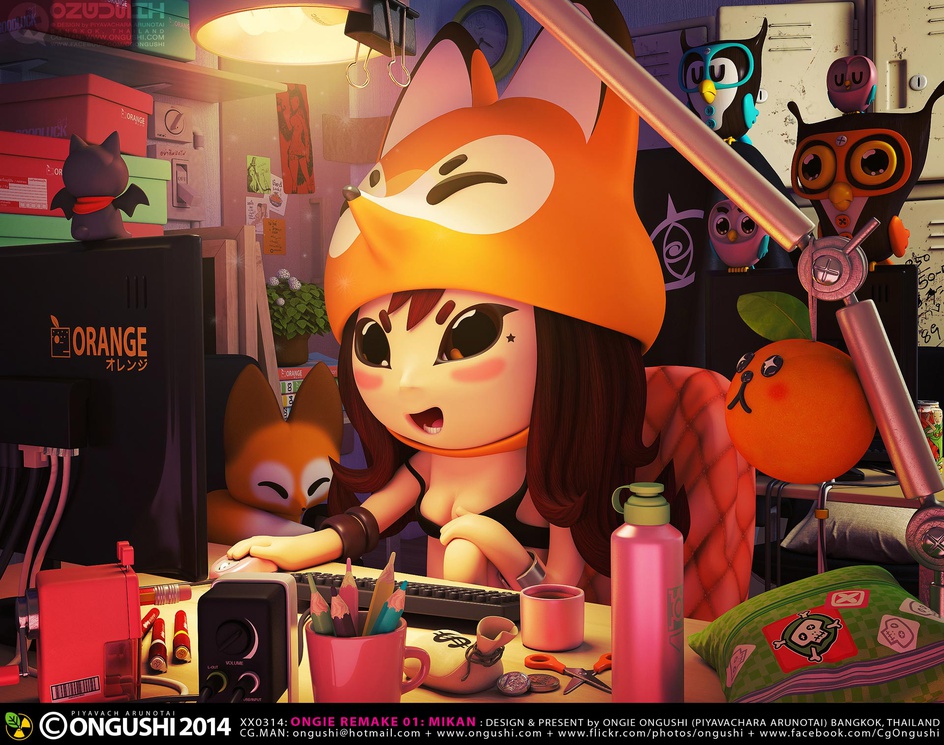 Mikan is a magical witch, Taurus and blood type O. Age was not recorded, although as a little witch but when compared with humans, age seems to be about 200 years. Mikan is a little witch who has both very high talent and Cosmo power, believed to be the witch over witches or the highest god of the witches that it happened once in 5000 years. Mikan can use difficult magic spell and a variety of techniques that the genius witches cannot do it such as chanting an incantation, cursing and creating strange and magnificent artwork which makes people easily enchanted and stunned. Now, i am pleased to invite you to have an enjoyment and impression in a small world but be filled with the power of Mikan's imagination at www.facebook.com/onimikan www.ongushi.com Big Scene: www.ongushi.com/images/inweb/2014/2014_02_mikan_hd.jpg