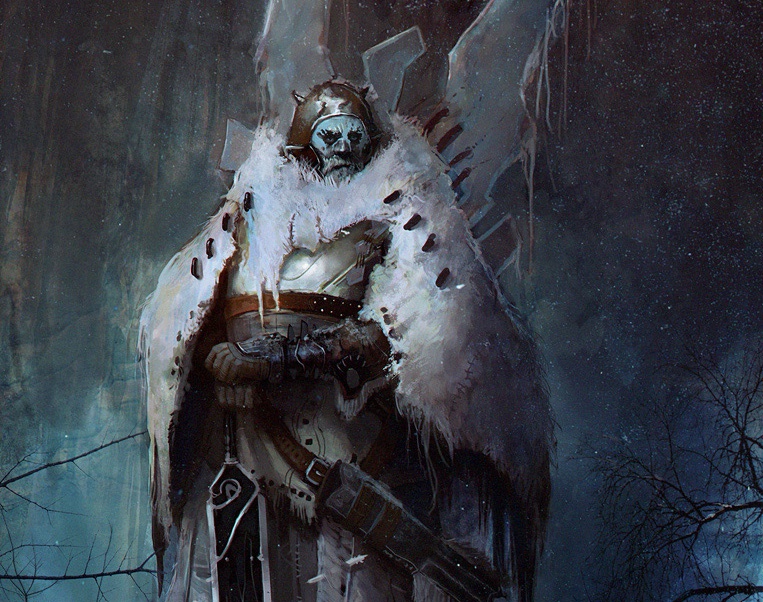 Character design/illustration. An expedition travelled from the northern tribes to the most remotes parts of their lands. During the journey most of them passed away, until only two of them remained alive. They reached a zone without visibility and were blinded by a strong blizzard. But hey could finally glimpse a small area with a calm and peaceful weather, like an oasis of the desert. Both of them got into to that place and found something similar to a black stone sword. One of them held the blade in his hands, and the peaceful place became suddenly frozen. The one holding the blade remained frozen for a long time, turning into ice everything on his surroundings, even his friend. One day, life came back to him, but now he wasn't as human as he once was. The black stone blade creates winter wherever it is, allowing its owner to master the cold weather at his will. From that day on the winter goes always with him. Sometimes he can be seen into the storms and blizzards by careless travellers, however he shall never be able to leave the blade or winter alive.