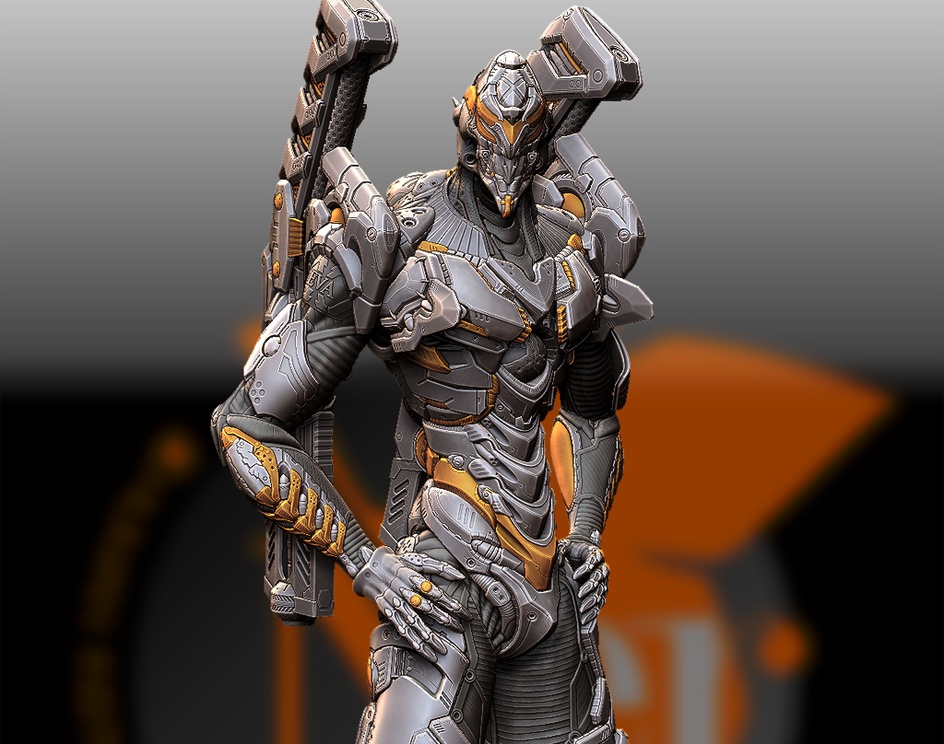 I created the armor around a human like monster. On the concept area I did not really followed the original mecha design, I just thought that it's too simple if it's done in 3D Space. So instead I played around it, I make the forearm, the torso. the neck, and the back to still be recognizable to the original design. The only big problem that I encounter is transposing. At first I used the transpose master since there are more that one tool specially on the head area, but after a while ZBrush just became non-responsive. I think it's because I'm only working with 2GB of RAM. So I end up tranposing each subtool one by one. hehe I did the compositing in Photoshop, so this project is 98% ZBrush and 2%Photoshop. It was a fun experience to do everything inside ZBrush, though there are moments that it's really tempting to open max specially on the early stage, I thought some area of the process would be easy if it's done in max. But I was able to resist. In the end it was fun and rewarding experience, I learned another area of Zbrush that I did not usedbefore, now I'm more addicted to it. By the way I did a lot of action stance so check this out on the forum page.