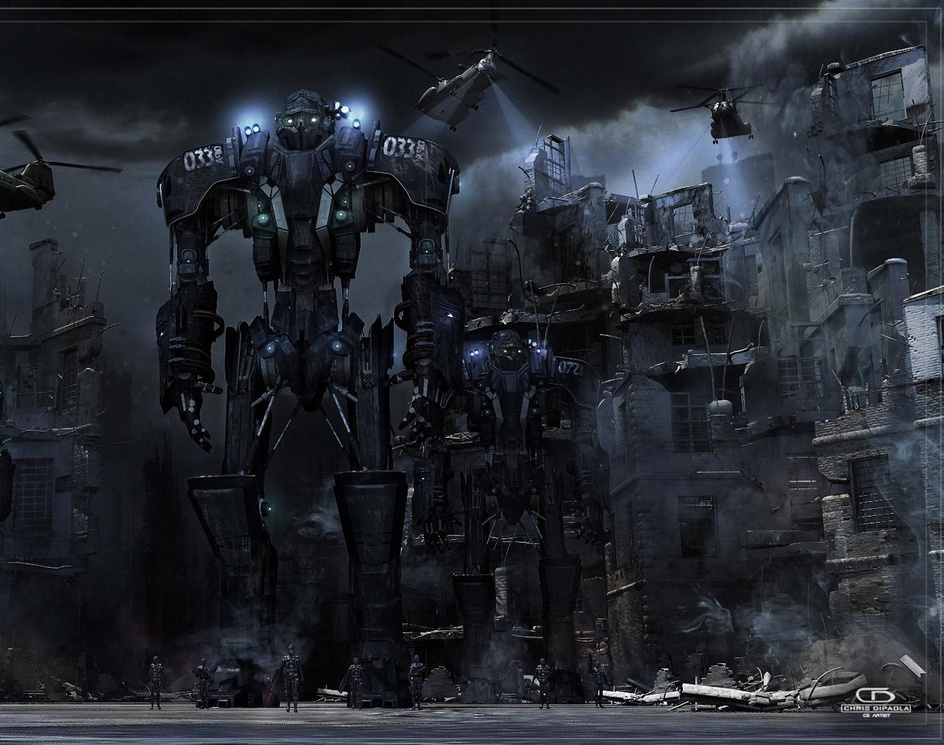 The majority of the work was done in Maya, handful of the shapes and forms in ZBrush, Photoshop for the textures and cards, and MR for the lighting/look and final render. I have had this idea in my head for a while now and it has been nice to see it all come together. In this recently completed 3D concept I wanted to be able to tell a story with the image. Large mech/robots and soldiers march through this war torn city in the not so distant future. The design of the mech/robots I wanted to have a real bulky/clunky feel to them as if they were "old tech". I began this project with very simple shapes for blocking out silhouette and forms for a composition as well as alpha cards inside of Maya. I had a pretty good idea of where I wanted to go with this as an overall project but still had to figure out the details. After getting a solid blockout I wanted to get into ZBrush as fast as I could to start designing shapes for the robots. After getting a good foundation for the shapes that I felt represented what I wanted to make up the bulk of the mech design I remeshed and dropped them back into Maya for further refinement. They then went through a few more iterations before nailing the final design. The buildings/junk, soldiers, and choppers are all fairly low poly. Most of the textures were made tileable and sit between 2k-4k maps. The smoke and dust particles are alpha maps placed on geo, the background cityscape and sky both sit on their own geo that wrap to make the set. Shaders, look, and lighting all done in Maya and finally rendered multiple passes in MR for final output.