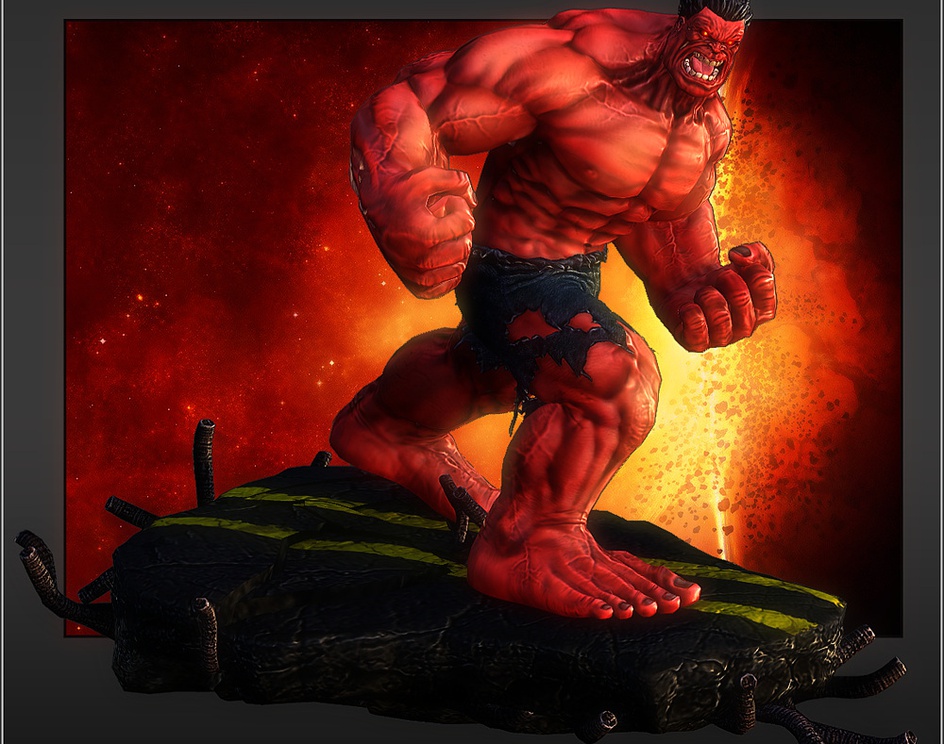 I did this guy for the Comicon Challenge 2009 at Game Artisans. This red version of Hulk was created by Jeph Loeb and Ed McGuiness (one of my favorite comic book artists) and was introduced in the Hulk series since January of 2008. Red Hulk is the evil version of Hulk and according to his creators is more agressive, intelligent and has all the abilities of Hulk. In some issues he is also called Rulk, but I prefer the original name. This real-time model (9872 tris) was created with Max and rendered in the Marmoset Engine. The high-res mesh was done in ZBrush.