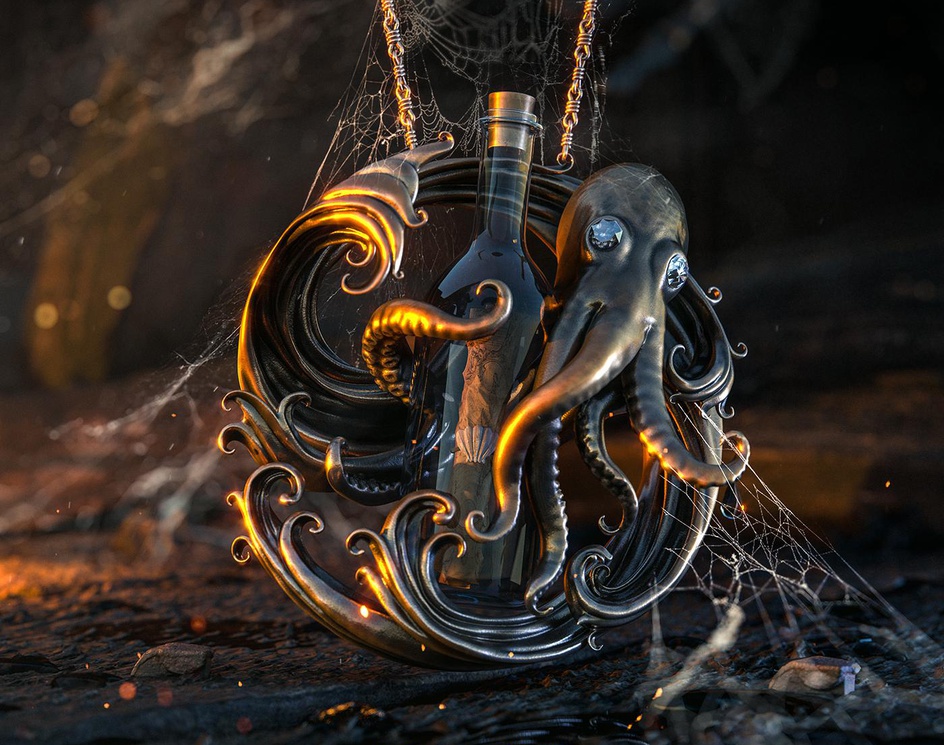 Creating the project for new CGI-course for Skillbox Online University, CreativePeople and Mondlicht Studios combined forces and decided to create a poster and a small animation for the fake movie “Cursed Treasure”. We were looking for inspiration in the daring spirit of pirates adventures and priceless jewellery masterpieces.

The final concept combines several ideas we were eager to depict. The main hero of the poster is an octopus holding a bottle with the secret scroll, which can easily be a map to the cursed treasure. At the same time, octopus made from precious metal is a treasure itself. The waves and tentacles combine all the objects into a single whole creating full-fledged composition.

The concept and titles were created by CreativePeople,
CGI and animation – by Mondlicht Studios.