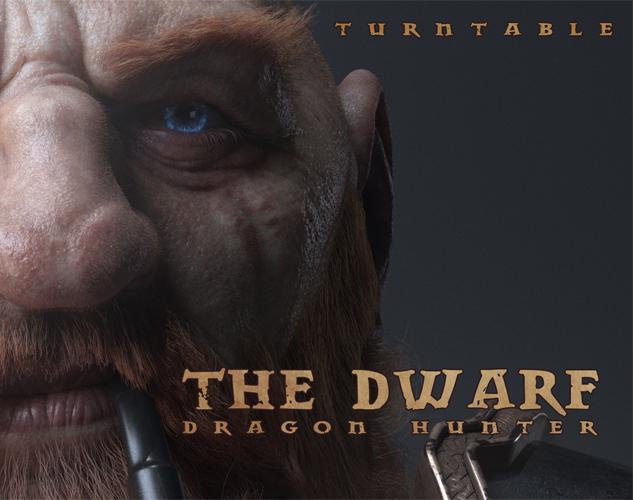 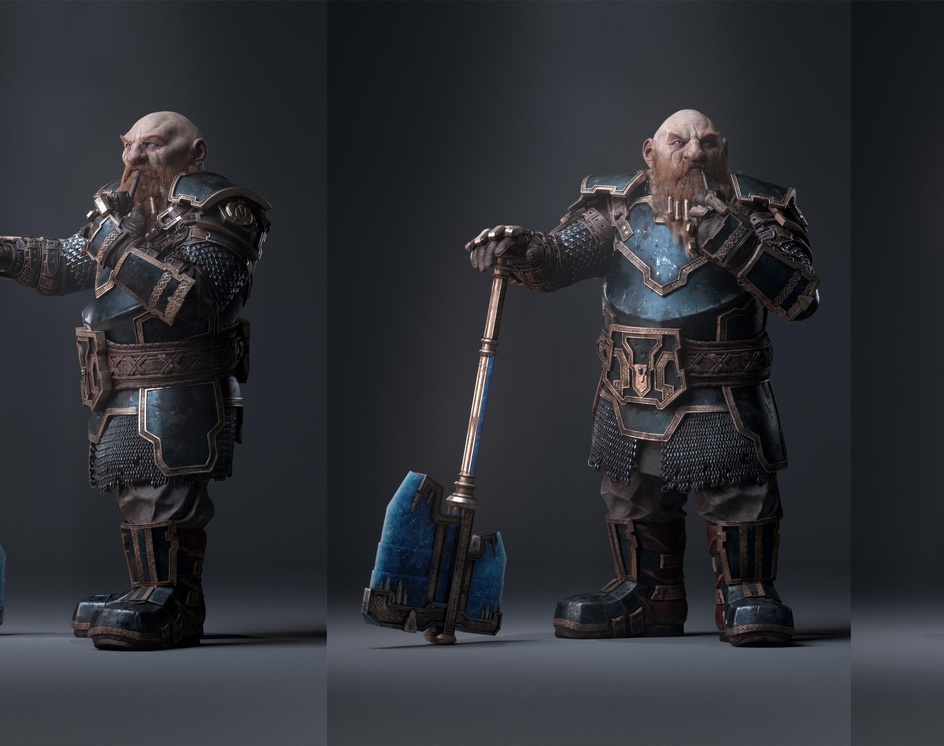 I am super proud to introduce you to my last personal project.

Feel free to go on artstation to see really more and 4k pictures and turntable !

Here s Aldohr Coldeyes, a member of the dragon hunter clan , who live beyond the snow capped mountains of the north.
Aldohr is a hunting leader, one day when he was going to hunt some small dragons to fill up on magic
and finding something to eat, he came across a breach letting a sparkling blue glow burst out!
Dwarves have always been drawn to magic and valuables, so he decided to go down the hole.
The dwarf hunting team descended for hours, and then find something very strange.
It was here that Aldohr and his peoples discovered an underground river of blue lava, the lava was so hot but looking so cold.
Suddenly, the leader slipped on a pebble and inadvertently dropped in the lava , a dragon scale that was in his satchel.
For the first time since the Creation, the dwarves saw a dragon scale melt.
Thus, after counting his adventure to the member of the clan, Aldohr and the dwarves learned how to forge dragon scales in the heart of the glacier,
to build weapons with indestructible blue blades !

A big thanks to my buddy Ico Vallee who gave me one of his concept who inspired me alot !