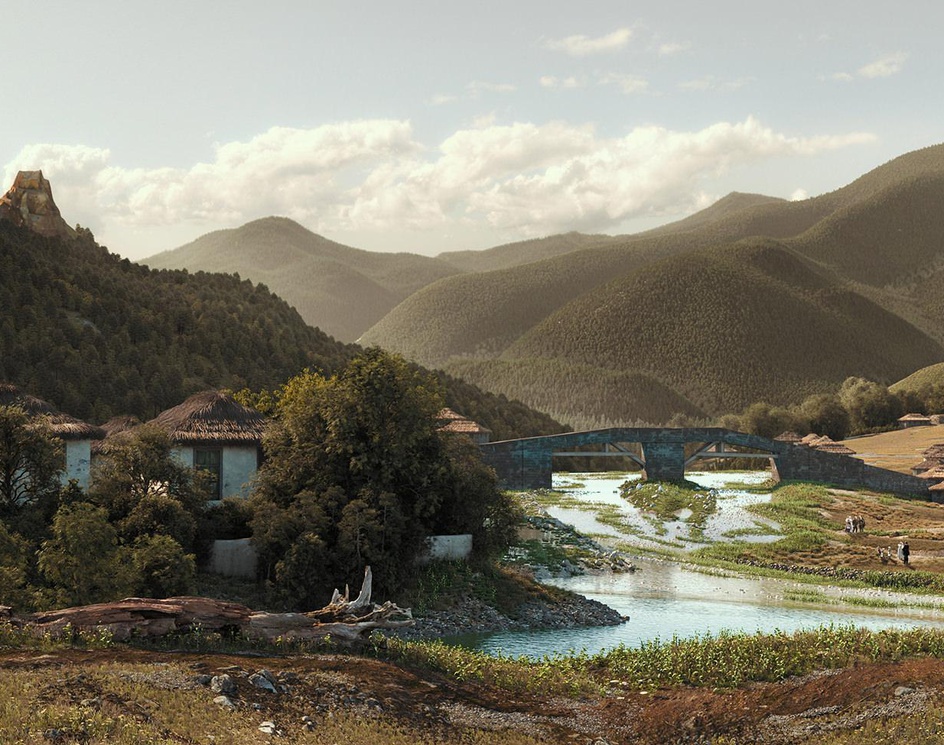 Everything is 3D, except people (They were added after in post-production)