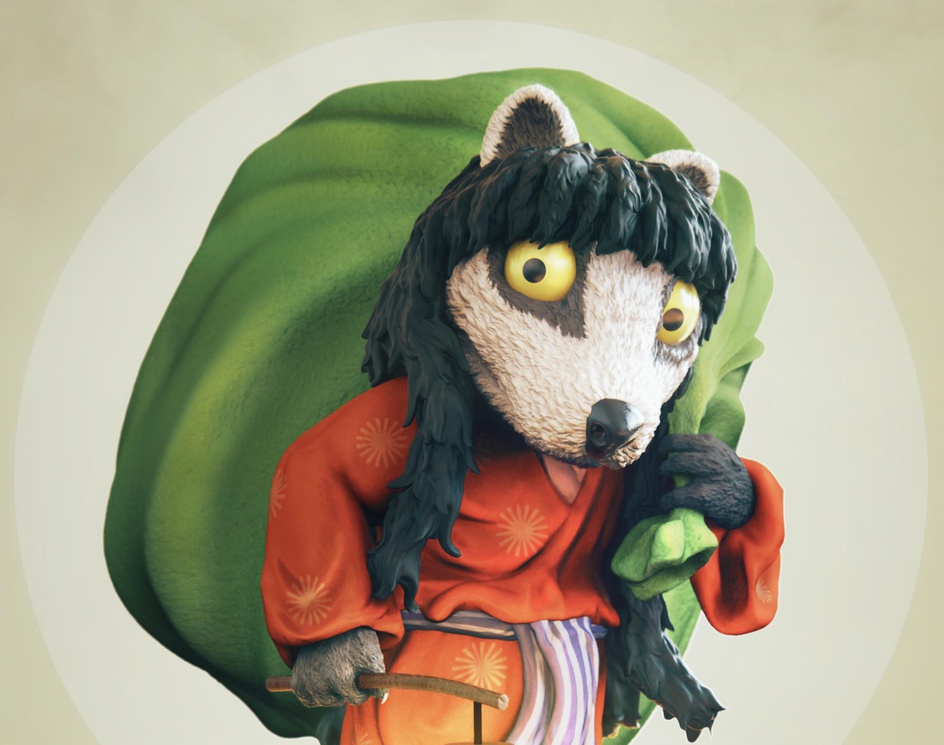 Fukuro mujina look like mujina (badgers; however this word sometimes refers to tanuki as well) dressed in human clothes and make up resembling ancient noblewomen. A very large sack is slung over their shoulder.

Mujina are known to be tricksters, dressing up in various human costumes and masquerading as people. However, because this yōkai originally appears in a collection of tsukumogami, it is likely that fukuro mujina are actually haunted bags which take on the appearance of mujina, rather than mujina pretending to be humans.