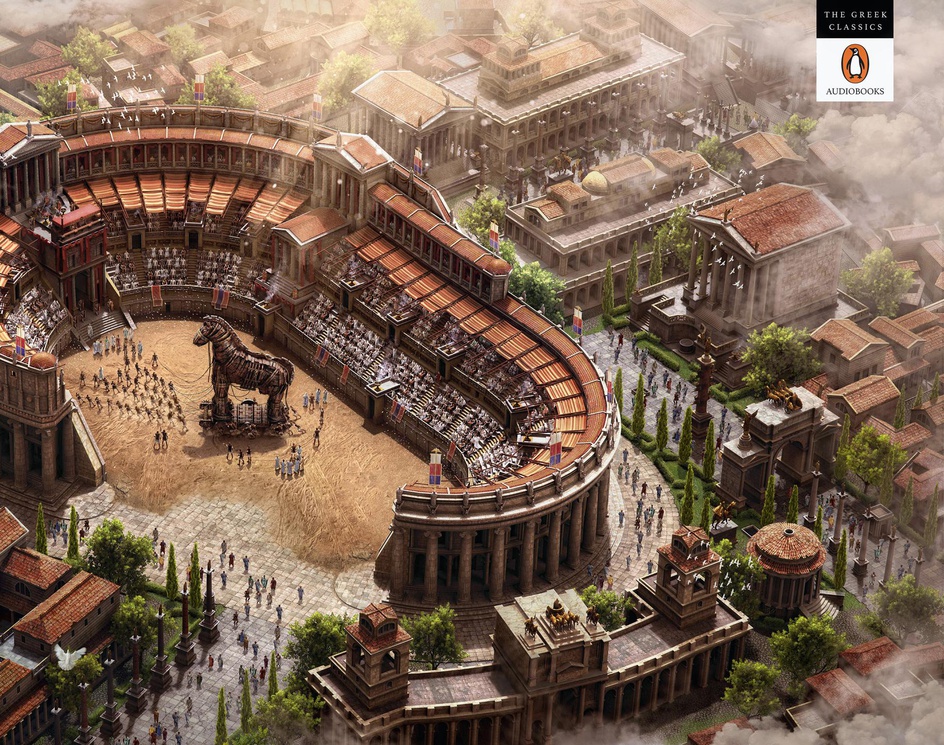 We wanted to convince people that can bring alive the world book, making for deeply immersive literary experiences. And we chose 'The Illiad' from our range of Greek Classics to illustrate this point. We put The Illiad's 'Trojan Horse' episode centre-stage in an ear-shaped arena in Ancient Greece; which was brought alive with careful attention to the crafts and architectural patterns of the time' the city planning, the daily costumes of the people, the class divisions in society visible in the arena's seating arrangements, right down to local rituals like the burning of incense to appease the Gods.