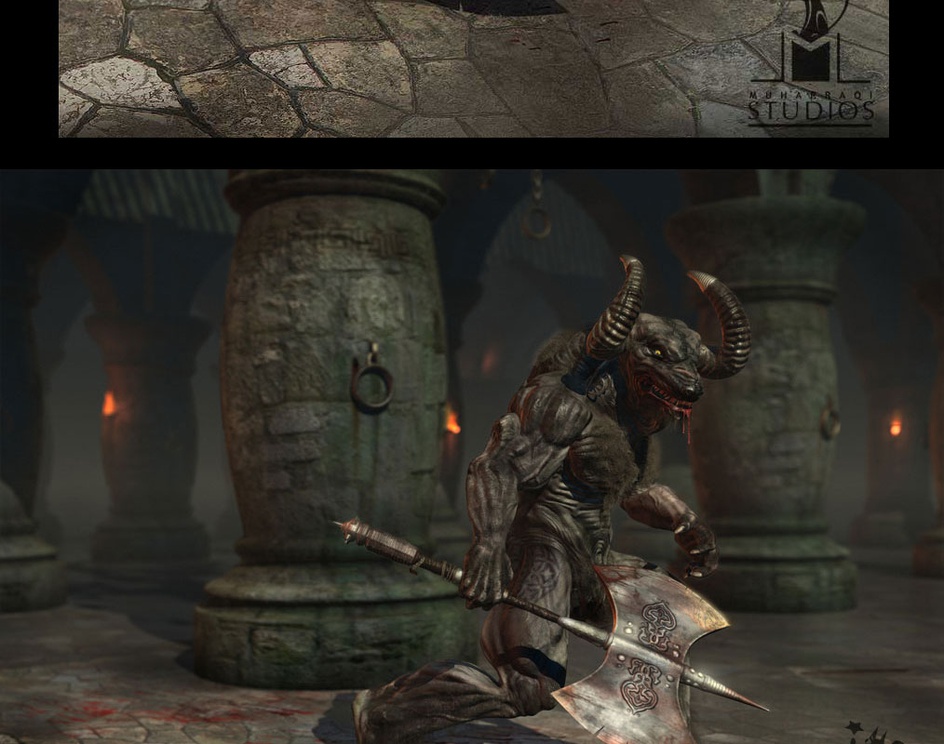 This is an image that I've always wanted to develop, but only got the chance on my break.
It is my representation of the evil creature that we all know of half human half bull, or even half God... not sure though.... there are many Dark stories that go further then the stories we know, it is a creature that trolled around the strange legendary maze that it lives in, and I imagined it to be dark like a dungeon, It is said that the Evil one feeds on human flesh and maybe it even satisfied it's sexual desires with these young virgins that were sacrificed to it, It's always expecting new victims to feed it's pleasure, the face I imagined does not look to much like a bull, but have some influences of a carnivore that are flesh eaters, it always caries the big double headed axe everywhere it goes, the Axe is old but given to it buy the gods , the skin color is very dark and much like it's environment, almost camouflage, that helps it to blend within it's surroundings, this makes it a difficult predator to spot in The Dungeons. I have created the original model in LW then jumped on my first test in Z-brush, the final touches in the texturing in BP, I also used some of the nice 3dtotal texture CDs, it took about 15 to 20 days and two nights ago I felt it was done, please tell me what you think and if you have any comments. Thanks for your support