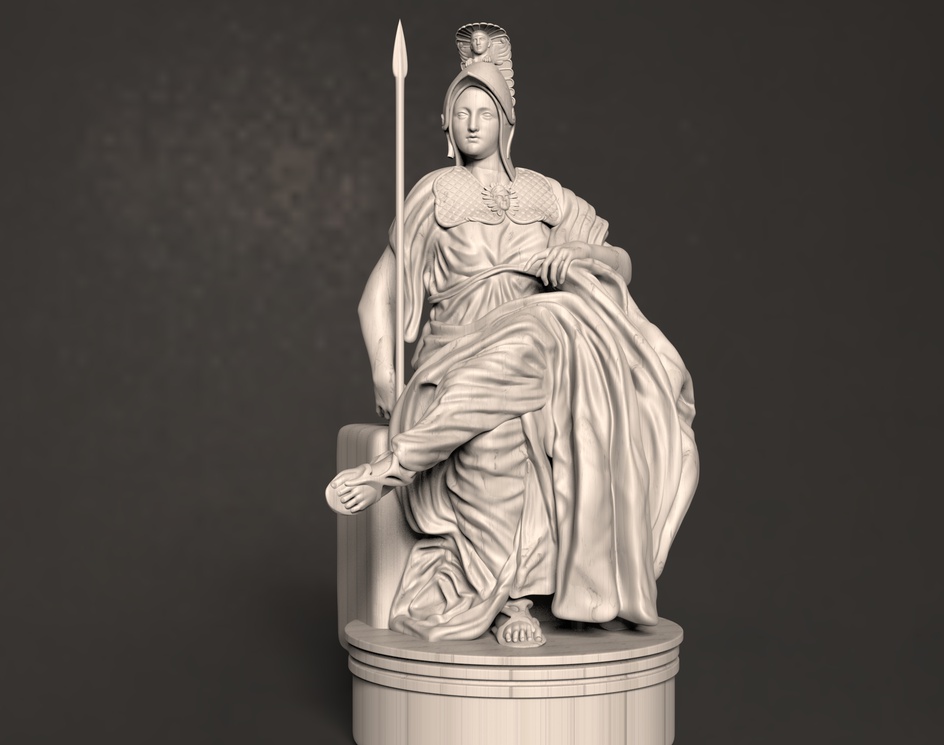 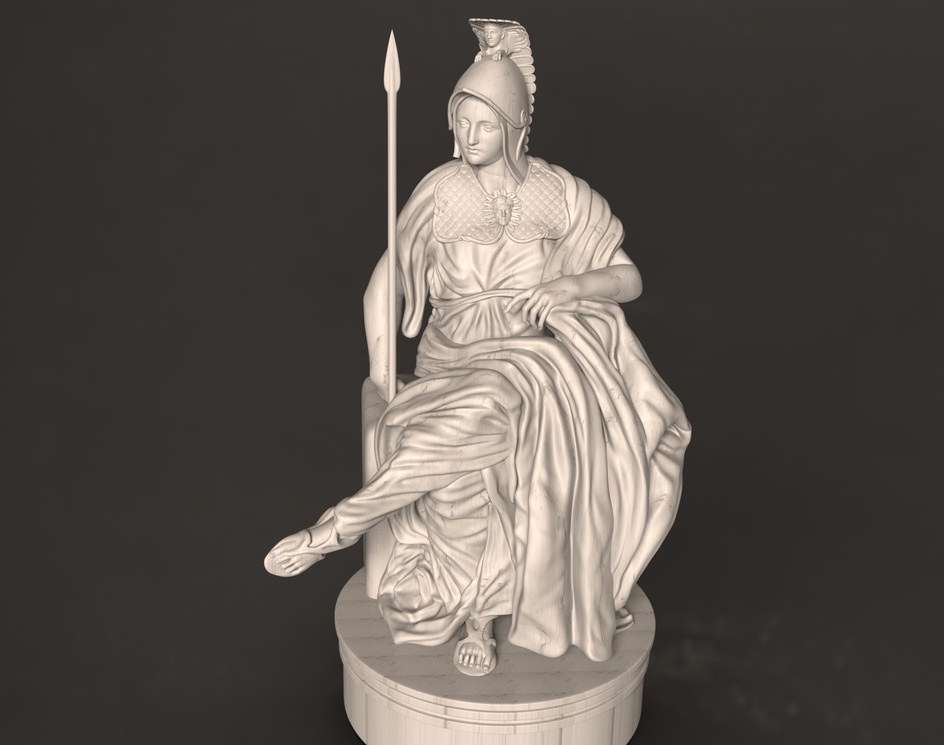 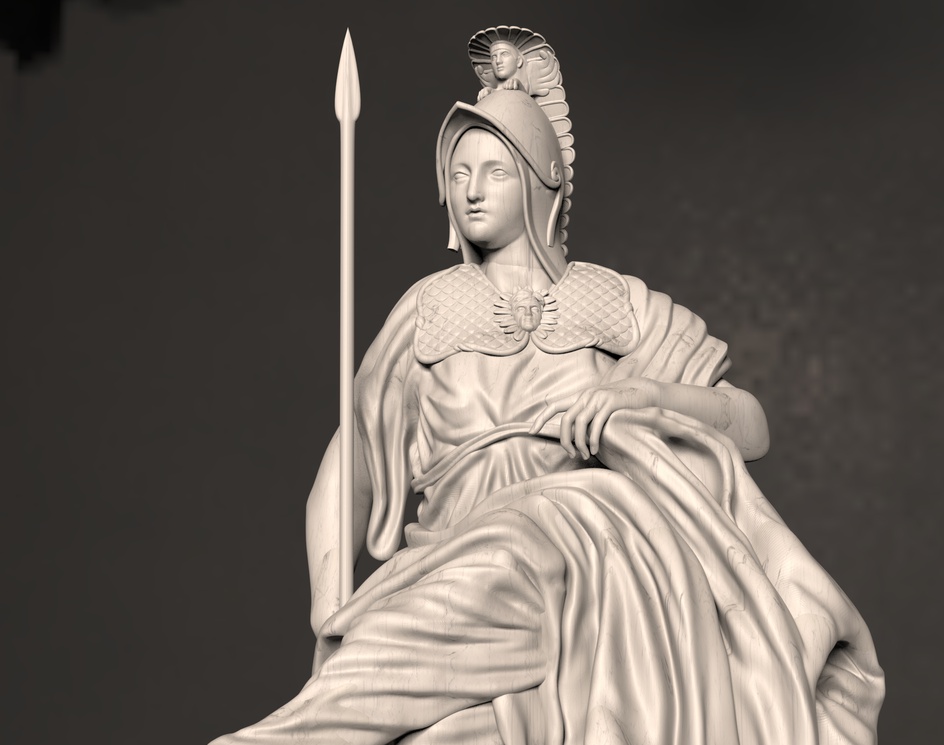 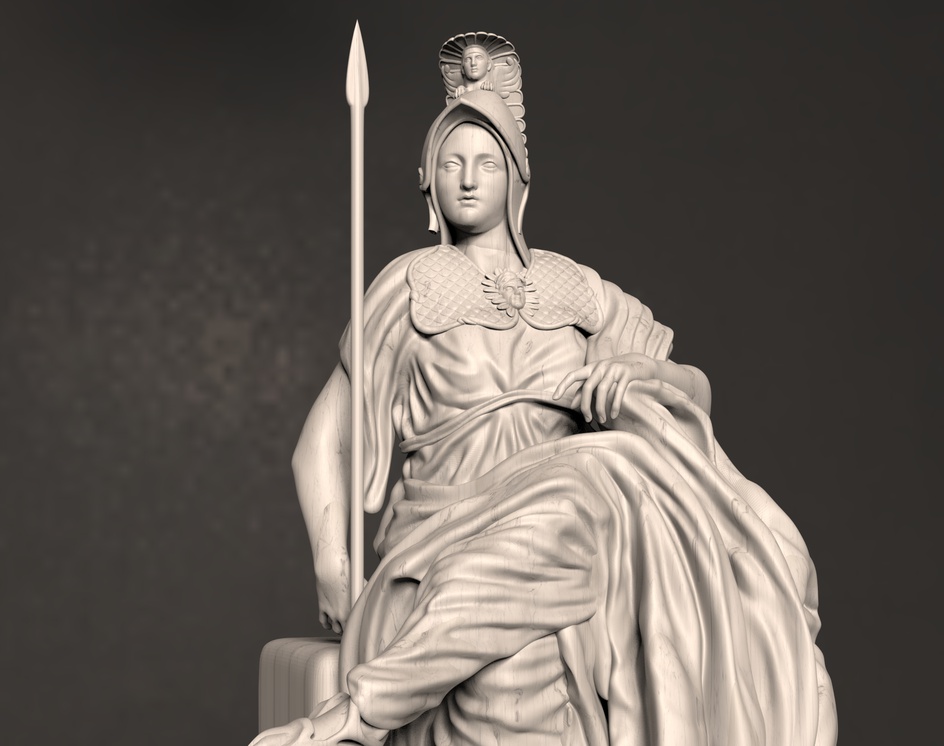 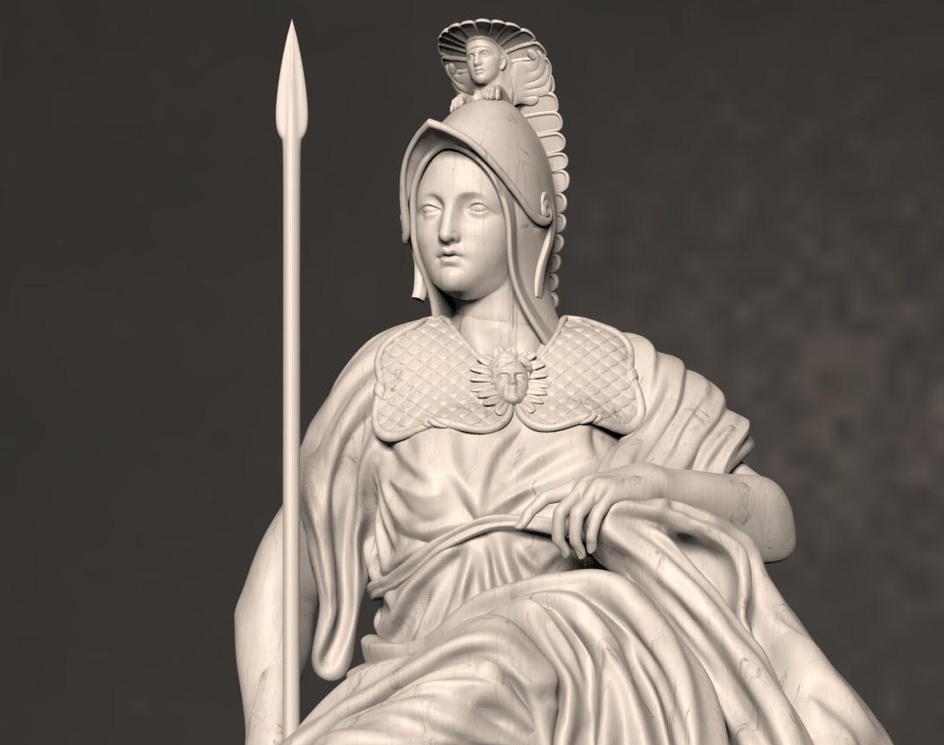 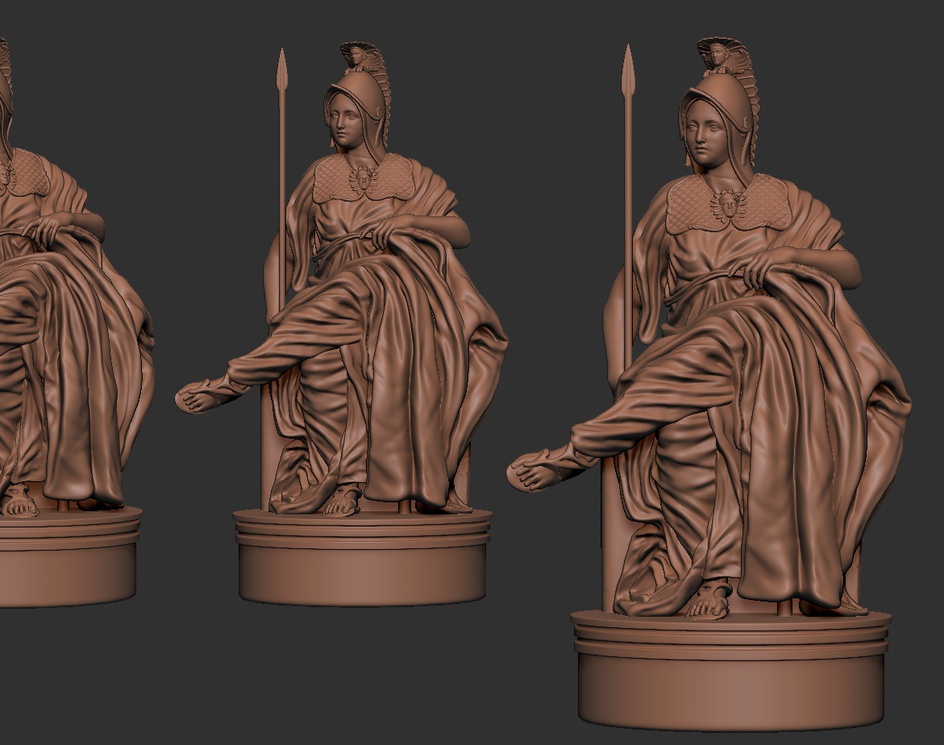 this was a rush commission work for a rare Minerva sculpture, took almost 24 hours, still, it's wip. from my side.
Minerva was the goddess of wisdom, war, art, schools, justice, and commerce. She was the Etruscan counterpart to Greek Athena. Like Athena, Minerva burst from the head of her father, Jupiter (Greek Zeus), who had devoured her mother (Metis) in an unsuccessful attempt to prevent her birth.