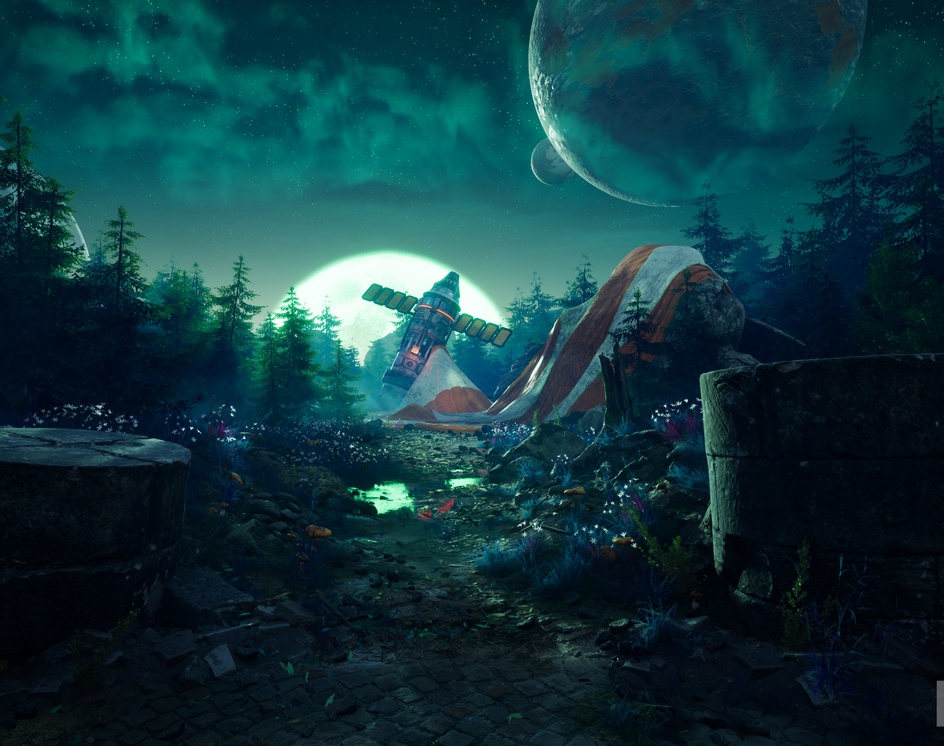 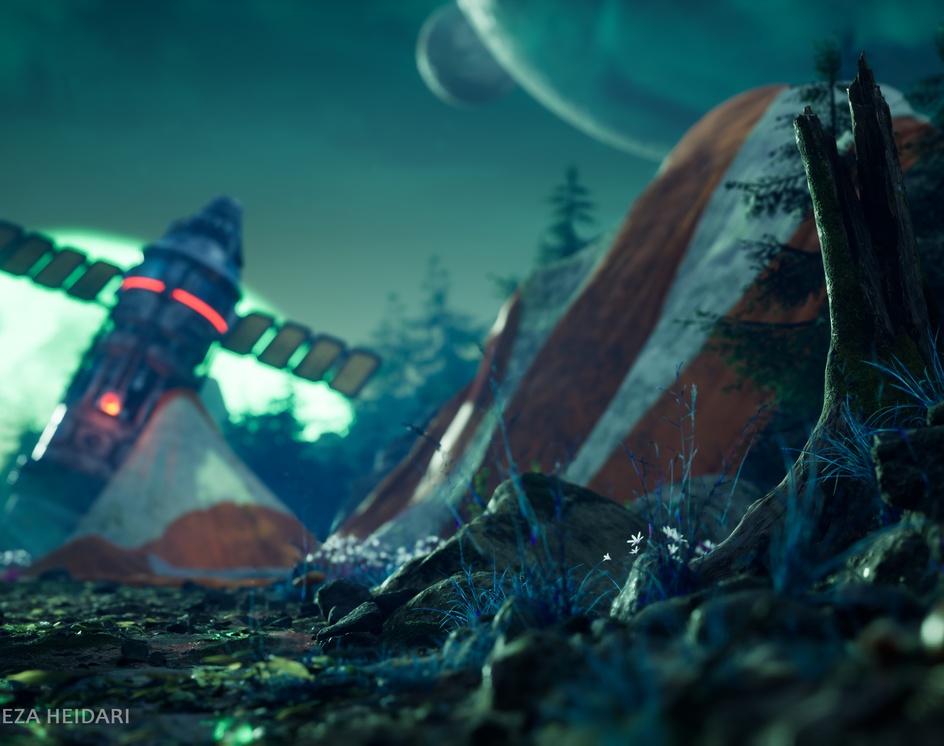 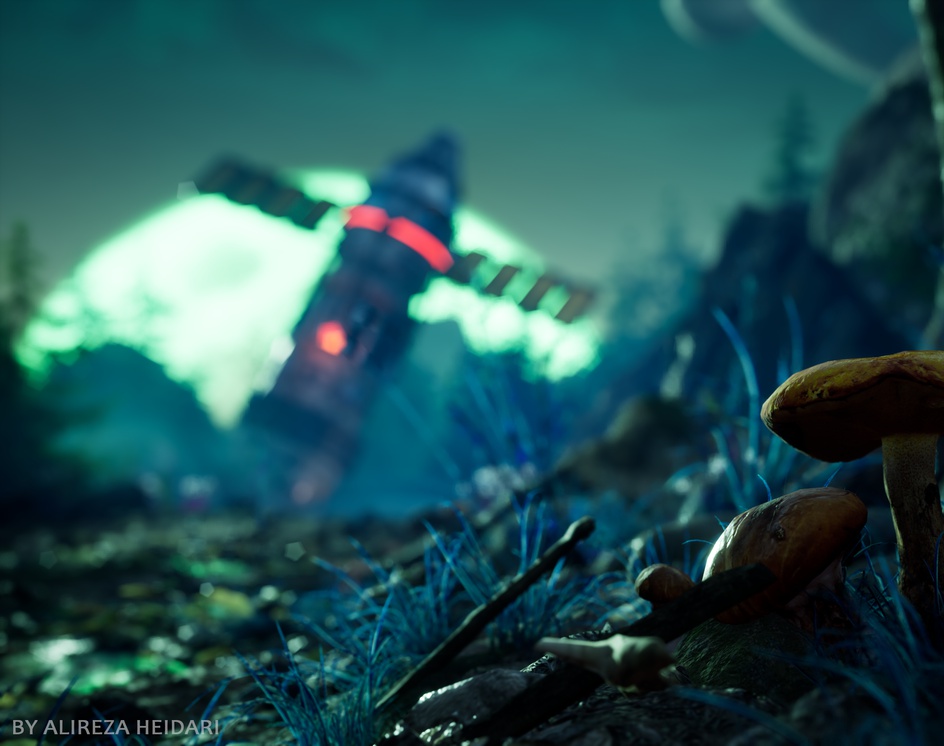 "Failed Mission" is my latest personal project that I have made during the last week. My initial idea was to challenge myself in different aspects of "environment making progress" such as lighting, composing, shader creation and etc. I choose to do the concept by myself and by that I don't mean doing it in 2D but I am talking about starting the scene from scratch and building ideas as you go.
In this project unlike my previous project optimizing the scene was not my first priority, I wanted to make something simply appealing to eyes and apply few rules of compositing here and there and learn new things. At the beginning I set a week for myself to finish the project and therefore I was trying to avoid asset creation as much as possible to invest my time on other aspects that is more towards level designer and level artist job scope than a prop artist. However things escalated quickly and I had the temptation to create something unique at the center of the scene. That is why I decided to model the satellite and the parachute but still I ended up finishing it on time.
This project was also a great opportunity for me to use few of my recently made shaders such as landscape shader and water shader in the scene and see them in action.
Funny fact is there are a lots of 4K textures and pretty highres meshes inside the scene but still the frame rate is not a disaster and by a little bit of effort in doing optimizing passes like adding LOD and downgrading the texture size and baking the lights the scene can be completely practical in games.