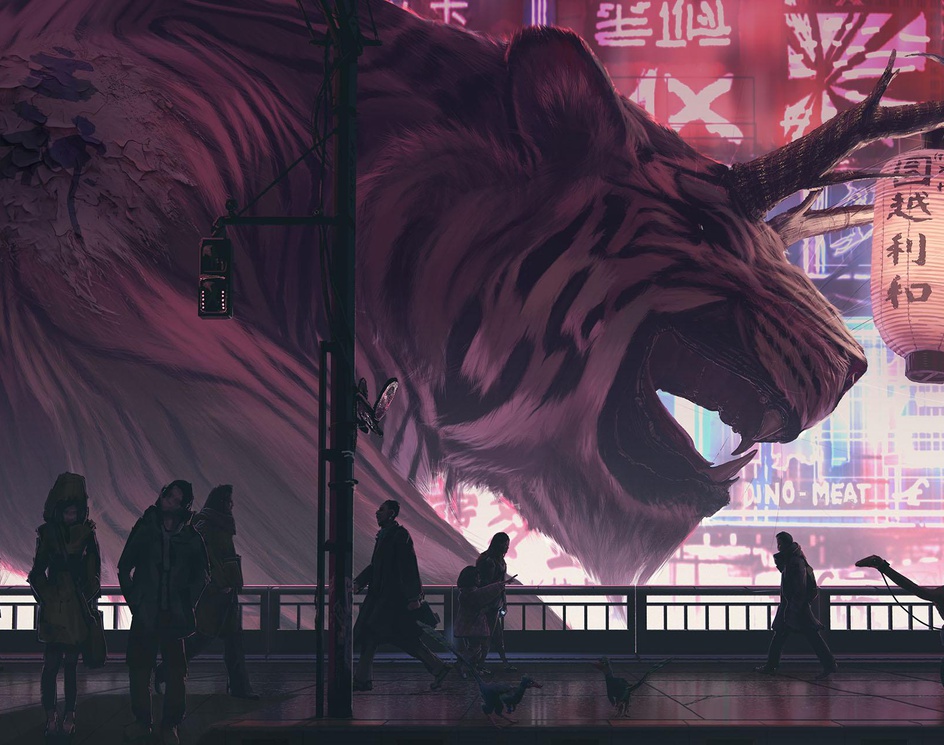 I imagined an alternate universe where the meteor that wiped the dinosaurs, hit tangentially. The earth's rotation speed doubled. The dust cloud killed most large dinosaurs, and the reduced gravity gave mammals the chance to evolve and grow in size. The late emergence of apes forced their evolutionary branch to grow smaller in order to survive the feline-controlled biosphere. Human history was analogous to our actual history, accompanied by the worshiping of giant mammals. Dinosaurs are small bird-like beings that became pets and food for humans. Since the beginning of recorded history, the Tiger has been the protector of Japan. It is the god of death and light. It roams his cities reminding humans and dinosaurs of their rightful place on earth. Original Size: 6000 x 4000px Digital Paint - Photoshop CS6 Finished on June 7 - 2017 This image won the CGMA contest of 201: ALTERNATE HISTORIES AND PARALLEL UNIVERSES.