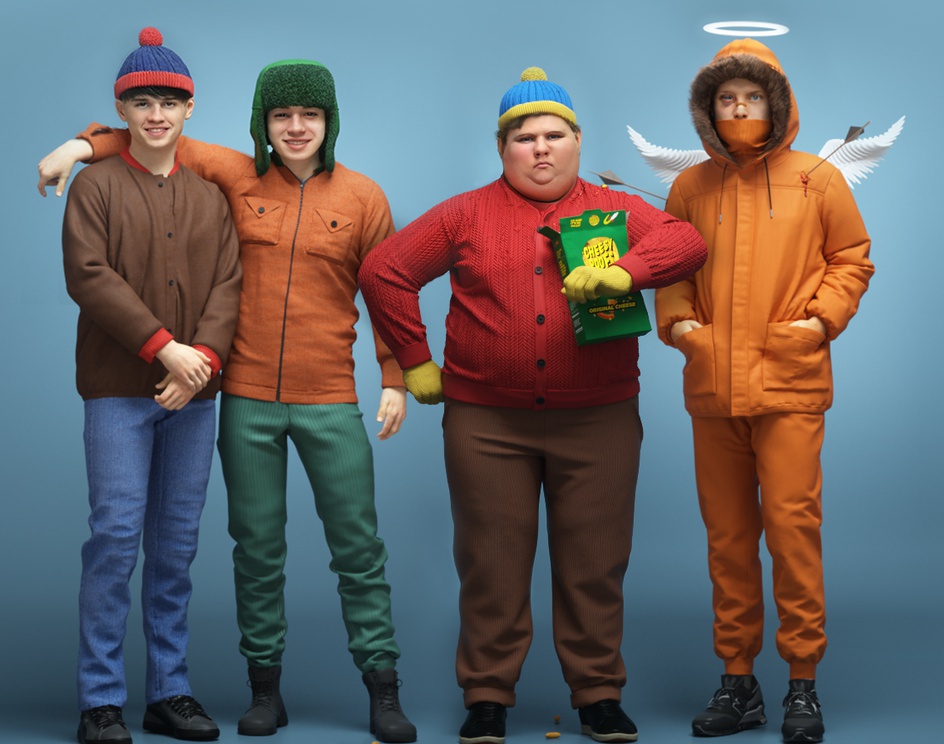 I visualized real human versions of South Parks iconic characters, Eric Cartman, Kenny McCormick, Stan Marsh and Kyle Broflovski. I also wanted them to be older. They are in their late teens in my reimagining.
I merged both 3D and 2D workflows to create these characters. Everything is 3D except for the faces which were generated using artificial intelligence. I uploaded a 3d rendered image of a face to Artbreeder and I let the A.I generate a believable face for me. I also combined another A.I program called Faceapp which allowed me to add or reduce weight on the characters faces and generate additional expressions. Merging these workflows together is so much fun, I encourage artists to embrace A.I. as it's an extremely useful tool.
Programs used
- Daz Studio for generating a base character to work with.
- Marvelous Designer & Zbrush for creating and detailing the characters outfits.
- Blender for additional scene props & accessories (buttons, cheesy poof, arrows, zip)
- Cinema 4D & Octane Render to assemble and render the scene.
- Artbreeder & Faceapp for generating the faces.
- Photoshop for post work and merging the A.I face back onto the 3D render.