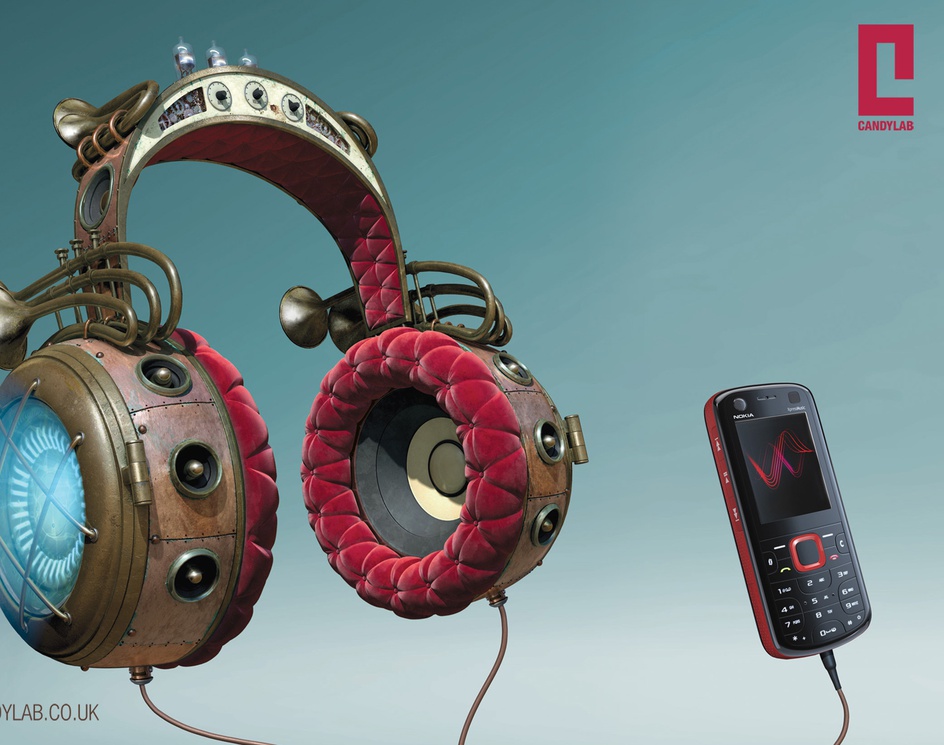 Candy Lab completed 3 images for the Nokia Headphones Campaign. This variation was based on Jules Verne's 20,000 Leagues Under The Sea. The image was modelled in Maya and rendered in Mental Ray. The headphones were created by James Bowron. The mobile phone was modelled by Michael Strathearn and rendered by Fabrizio Fioretti.