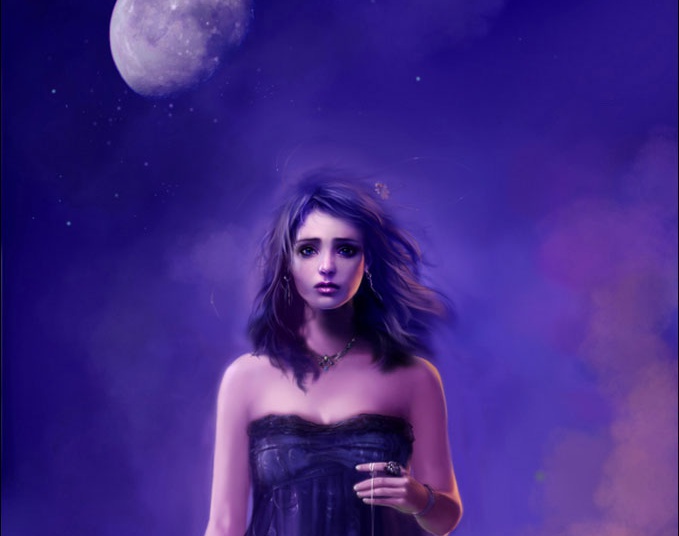 Hecate is most often mispercepted as the goddess of witchcraft or evil, but she did some very good things in her time. One such deed was when she rescued Persephone, (Demeter's daughter, the queen of the Underworld and the maiden of spring), from the Underworld. Hecate is said to haunt a three-way crossroad, each of her heads facing in a certain direction. She is said to appear when the ebony moon shines.

Drawn in PhotoShop CS with a Wacom Tablet
original res about 3000x7000.
Use no photo ref!