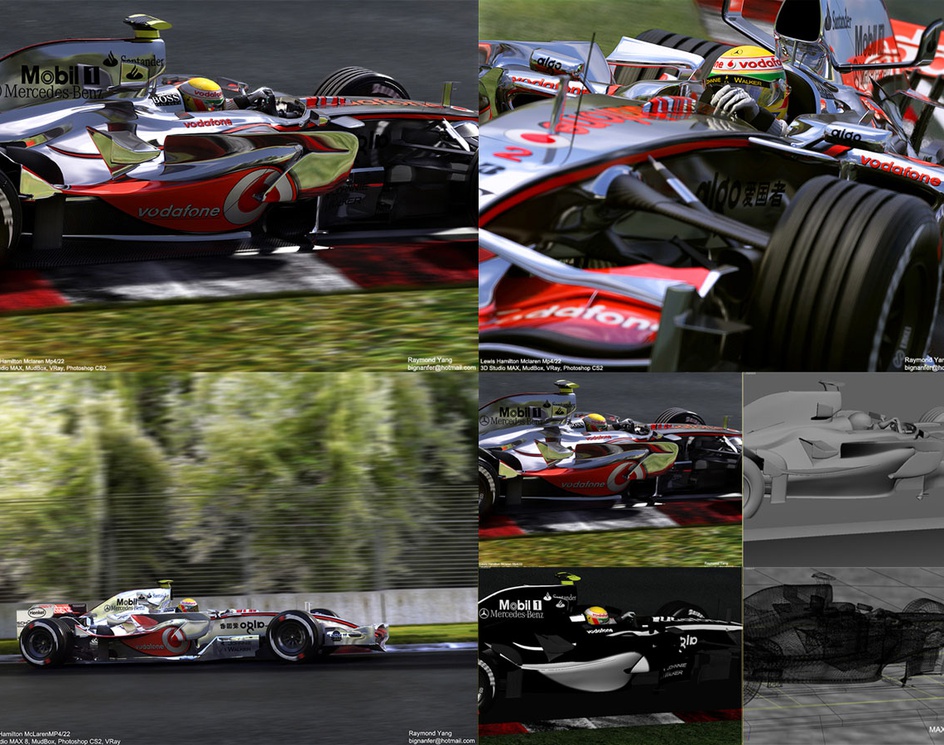 Hamilton's 2007 season performance definitely makes him become F1's superstar. The whole scene was modeled in MAX 08; MudBox was used to create a normal map for Hamilton's race suit; rendered in VRay and Photoshop was used for texturing and some post work.