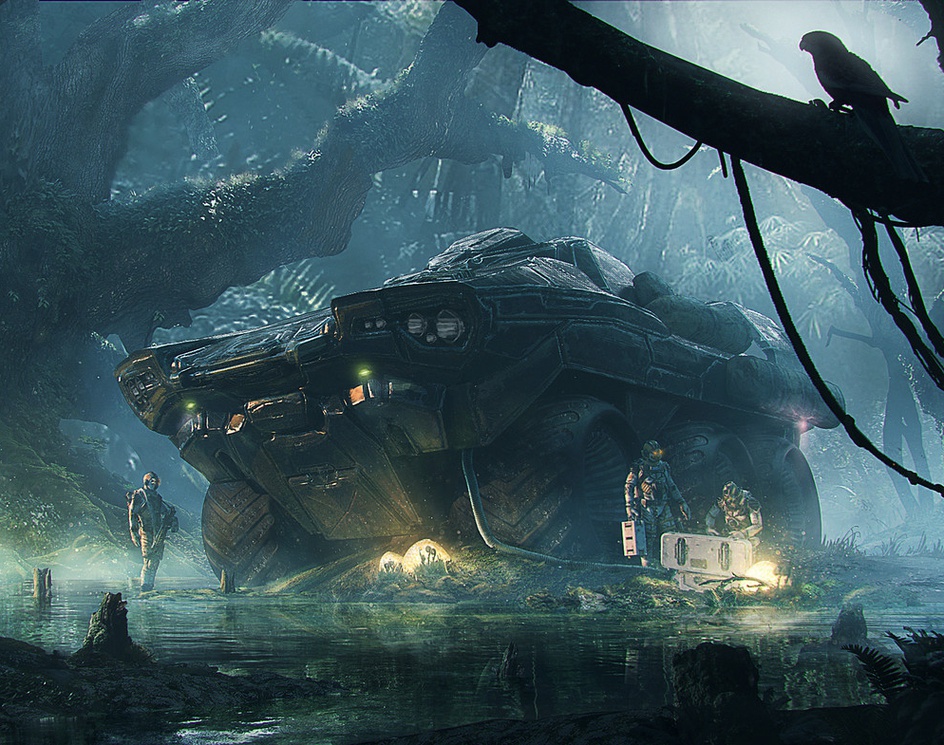 Many years from now, humans are forced to colonize the universe in search of new organic forms of energy to power our own planet. Small squads of chemical engineers, military escorts and scientists travel to off-world colonies to scour for potential new sources. In this piece, deep in the jungle, scientists have discovered a new potential source to harvest for lab testing.
In this piece, I implemented new techniques learned from the Amazing Mark Kolobaev E6 course. The main tools used were Photoshop, Keyshot and ZBrush.