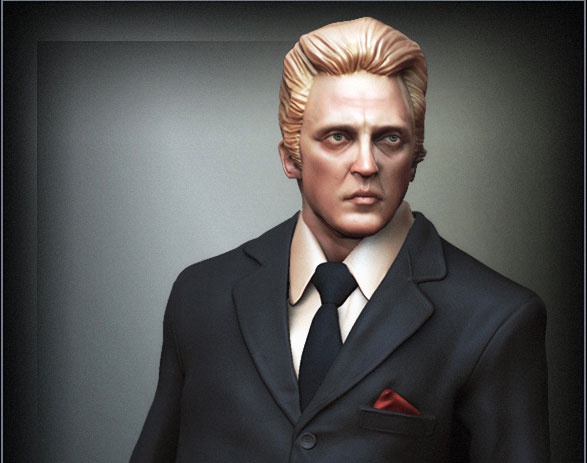 Made for a mini challenge over at gameartisans.org; sculpted and rendered in ZBrush with post-production done in Photoshop. Max Zorin is a fictional villian in the James Bond film, A View to a Kill. He was portrayed by Christopher Walken. I was greatly inspired by the pose, which is a still from the actual movie; from there I tried my best to recreate that in 3D using mainly ZBrush.